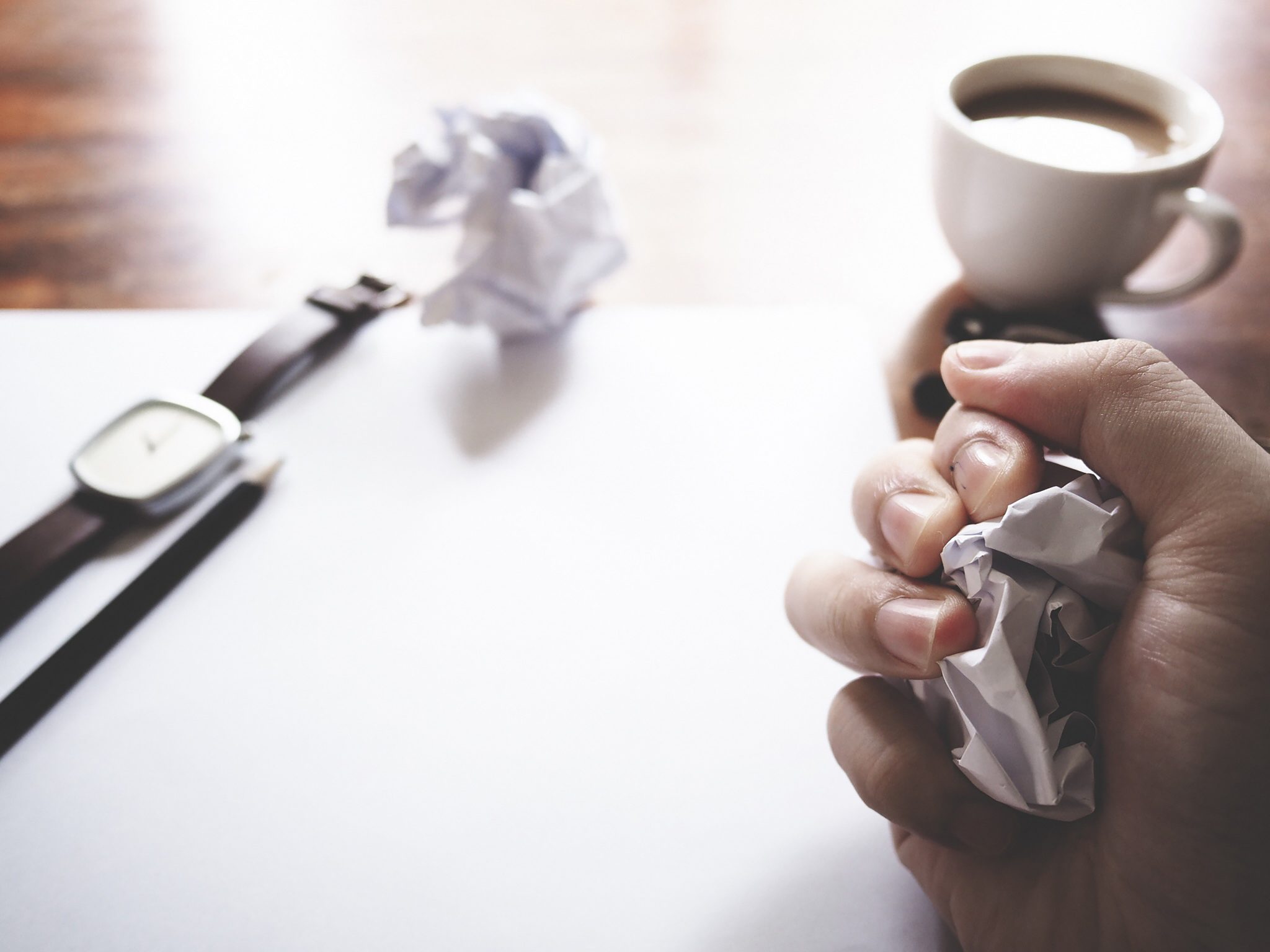 But at least I tried!

I’ve never understood why people hate and are so embarrassed by their failures. I love them. It’s proof that you weren’t afraid to try and they’re all learning experiences. The only time you should be embarrassed by your failures are if you continue to make the same mistakes and don’t learn from them.

I’ve spent a lot of time going through my old content and found many things that were a complete fail. They were complete fails, but it’s fine because now I know what works for me and what doesn’t.

Here are my 10 complete fails.

I made my first YouTube channel in 2009 and called it “It’s Jentertainment.” What was I thinking?! I shouldn’t have even told you that because my friends that know will say it as a joke all the time lol.

I hated school so much because all I wanted to do was what I wanted to do – record inspirational videos, interviews and write blogs. I wanted to get out ASAP so I graduated in 3 years but it took 4 because I took a break (that I didn’t mean to take) for a year. There’s something called College Level Examination Program (CLEP) where you study on your own, take a test and get the full amount of credits as if you took it for a semester. I tried to take 3 but only passed 1 because that shit was hard. Anyway, I walked in May 2011 (supposed to walk May 2012) and finished the last 3 credits in August 2012. So did I graduate early if I did it in 3 years but walked later than I was supposed to? Who knows.

I’ve been interviewing hip-hop artists for almost 8 years, and people assume I’m just a big hip-hop head. No. The music type interviews didn’t work for me because that’s not what I cared about. All of my interviews are personal and questions that have never been asked before – Anytime it was music, HotNewHipHop would give me the questions but I started to not do those on-camera because I didn’t have much to follow up with. Random note: I also never went into news reporting at a station because news is just depressing to me.

I started to overthink my videos and thought they had to have a better setup and look perfect. My set downtown has nice couches and a sign, but when I tried to shoot inspirational videos off a teleprompter they came out terrible because I apparently don’t like recording in front of people if it’s just me. I still uploaded it, but it didn’t come off genuine and like I was reading. On the same note, I tried to cut out parts where I messed up to make it perfect and shorter, but that also didn’t come off genuine so that’s why I went the uncut and unedited way and shoot them in my apartment.

These are coming back! For those who don’t know, I wrote out all my church notes, turned them into a book and gave them away for free. Only problem was I had over 400 orders and they were $10 piece to print and ship. On top of that, the first book was only notes from 2014 (they charge per page) and I have years worth to write out. I have to find a better way because your girl didn’t just have $4000 to spare to ship those books out. I don’t want to charge for them because to me that’s my tithing. Sorry to anyone who ordered and never got them. I’m bringing them back though and they’re all on my blog and my weekly newsletters.

My first encounter with a corporate job was as an intern for The Bulls (2010-2011 season). I loved the opportunity, hated the environment. No one took me seriously because I was young, I couldn’t do things passed setting up equipment. This was extremely frustrating because my experience was already beyond that doing interviews for GowhereHipHop. One time I got in trouble because I talked to Derrick Rose about an idea but they didn’t know I already knew him and that one of the coaches told him to talk to me after his warm-up. I really got to tell this story in full because it’s actually pretty crazy. Again, corporate rules, I get it. I was the intern. The next encounter was with the app, LiVideo. Very corporate structure, but I was only in that corporate environment one day out of the week because we worked at 2 offices. This job had bonuses, unlimited funds, we had Lil Wayne as a partner, but I wasn’t happy because I couldn’t do what I wanted to do and it temporarily ruined my personal relationships. I’ve never learned so much from a job, good and bad, and I will go more in-depth about this too.

My full-time jobs didn’t have corporate rules and environments because they were in the music industry. I learned I don’t do well with contracts and people telling me I can’t work with other people. I did it, loved those jobs, but realized I could have more opportunities and money as an independent contractor. It also kept things exciting. Different clients, different jobs, etc. In fact, the two full-time jobs I had in LA were HotNewHipHop and SkeeTV, and I STILL work with both, just not full-time. The love for my HotNewHipHop and SkeeTV family is unmatched.

I need to write a full blog on all my failed attempts with love and relationships. My goodness lol. I’m laughing now because I’ve healed but that shit was far from funny when I was in it. Everything in my life felt perfect – family, career, but love was the one thing I was never successful with. My relationships were movies, and not the good, romantic ones like “The Notebook.” If I had wrote this blog 6 months ago, I wouldn’t be able to say that I have healed. It feels great to know that I have 1000% and I know when I get into my next relationship, it will be great.

There was one point I wanted to do a VS series. My first one was “Jen VS Stingy Drive Thru’s” and I ranted about how I hate when drive thru’s ask me how many packets of ketchup I want because they usually just give a handful. Well, people took it the wrong way and thought I was shitting on people’s jobs which I wasn’t at all. That was my own fault because I never showed anyone that my side. I tried to keep everything inspirational and positive, but I actually can be very sarcastic and funny at times. I took that video down and never tried it again.

This lasted all of 2 days, but I tried blog about my day because that’s how other blogs were. Except some days I really wasn’t doing anything exciting. I had to get out of the mindset of thinking I had to blog everyday and just focus on being consistent.

Well, these were 10 complete fails I could think of off the top of my head. I could’ve come up with way more failed attempts, but you get the point. Although they were fails, I’m glad I made the attempts because if I didn’t I would’ve always wondered if it would’ve worked or not.

What were your complete fails?