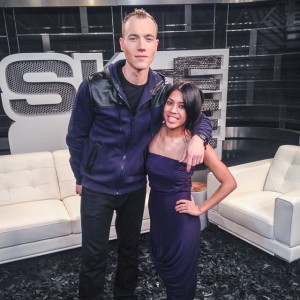 It’s only January, but so much has happened this year, I’m high.
Pause. Not literally high, but it sure feels like it.

This last week was so unreal. From attending the Will.I.Am charity event with Mark Cuban’s team, booking SKEE for the TDE GRAMMY After-Party event like a ninja, meeting Wale, hanging out with Kendrick in his dressing room with SKEE and some of the team (DJ Base and DC) after his insane GRAMMY performance, a hilarious interview with Ice Cube and ScHoolboy Q to walking by Nas on the front porch of The Skee Lodge after a Wendy’s run. All of that happened in a span of literally one week, and you know what’s scary? Those were just the highlights.

This post wasn’t to brag about what went down – But, I’m sorry, that shit was crazy and still hasn’t hit me that it actually happened. I told you, I feel high. It’s not real. And it’s enough to make you wonder, how the hell does all of that happen in such a short period of time, right?…

Well, if you don’t follow me on Instagram or Twitter, I made an announcement today about the next chapter of my life as the Editor-in-Chief for DJ Skee’s, Skee.TV.

That title. Wow. It makes me feel like a damn boss. lol.

Although I announced it today, it went down at the top of 2014, has been in discussion since last November, but it’s been so busy that I am finally able to let it all out. Here’s the story:

I first met Skee at an event in December 2012 (Shoutout to Jabari and Big Frame). In February 2013, I did an interview where we toured his office (The Skee Lodge) and did a contest to name his Range Rover. I then always kept in touch with him and his team. When Mark Cuban gave him his TV show, SKEE Live, I worked out a collab with HotNewHipHop (HNHH) where we did the BTS and interviews with his guests.

Skee and his team knew my dream was to be on TV, and one random show day, his business partner, Ryan, asked if I wanted to do a segment where Skee would toss to me on the balcony, and I’d ask Pusha T and Juicy J about their Superbowl predictions. I had NO experience hosting/reporting on live TV, but didn’t let my fear overcome me. I kept telling myself, “I was made for TV” and did it. This is the perfect example of “winging it” and it went great. It was also hilarious because they learned I was too short for the camera so moving forward, I had to step on a wooden box.

Fast forward, when Mark Cuban extended SKEE Live from 12 episodes to 24, is when I started being more hands-on and doing interviews for not just HNHH, but also producing pieces for Skee.TV. As time went by, Skee, his team and I had a meeting about what other pieces they should add for the show, what his goals are, what my goals are, which then turned into a conversation about how he’s been looking for an Editor-in-Chief/Producer/Host and someone to fill in for him as he’s been getting more busy.

I’ve been doing everything from producing pieces and writing script for the show, building relationships, and even miscellaneous work with his Digital Media Company, SKEEMatic for Google. So far, I helped with script for Wilmer Valderrama and Demi Lovato.

Random. I know. But that’s what I love about it. I never know what to expect, and it’s more in line with what I want to do. But, you know what’s really great? The fact that Skee genuinely wants to help me with my personal brand as well. He said he wants to have the Dr.Dre effect – how he discovered Eminem, but Eminem blew up. He hopes that I get to that Oprah level, and become bigger than him because he’d know he was a part of that growth. Oh, and sidenote, Skee has a great relationship with Dre. Dre shouted him out at his big GRAMMY event last week. No big deal, right? Lol. Anyway… 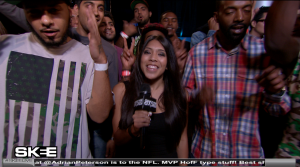 I feel truly blessed to be growing, learning and being supported by one of the most influential people in the entertainment industry, and being a part of such an amazing team. God is so GOOD. Honestly, what more could I ask for? With that being said, everything you’ve seen me do already – is nothing compared to what I have planned next.

Shoutout to the SKEE.TV Brand Manager, Chehade for believing in me and introducing me to the team. If it weren’t for him, I wouldn’t be here today.

To my HNHH fans, I absolutely love my family over there,  and will continue to bring you interviews (Mally Mall and Sean Kingston interview dropping next week) but Skee.TV is my new home and where you’ll be finding a majority of my work.