Are You Done With HotNewHipHop? 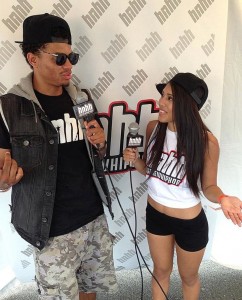 In case you missed it a few weeks ago, I announced my new position as the Editor-in-Chief of Skee.TV – and the question I have not escaped is if I am done with HotNewHipHop (HNHH).

No, I am not completely done with HNHH – but of course, my position with them has changed upon accepting the job with Skee.TV

I started with HNHH in July 2012 as a correspondent based in Chicago, was promoted to full-time in September 2012 as the Senior Correspondent and Communications Manager, and now I will continue doing some interviews (I have a funny one with Mally Mall & Sean Kingston dropping next week) and helping with anything I can.

It has been awesome because one, my HNHH family completely understands and supports the move with Skee.TV, and Skee has encouraged me to continue work not only with them, but to also freelance with other companies because that’s how I will really expand my personal brand.

Also, although both companies work with some of the same people, it helps that HNHH and Skee aren’t in competition with each other. HNHH is one of the top hip-hop news blogs in the world, and Skee is a Personality with a TV show, Production Company and Digital Media Company. It’s a win-win, and such a blessing to be working with such amazing people. I really do love both families so much.

Cheers to the future!