I Always Went Through My Ex’s Phone 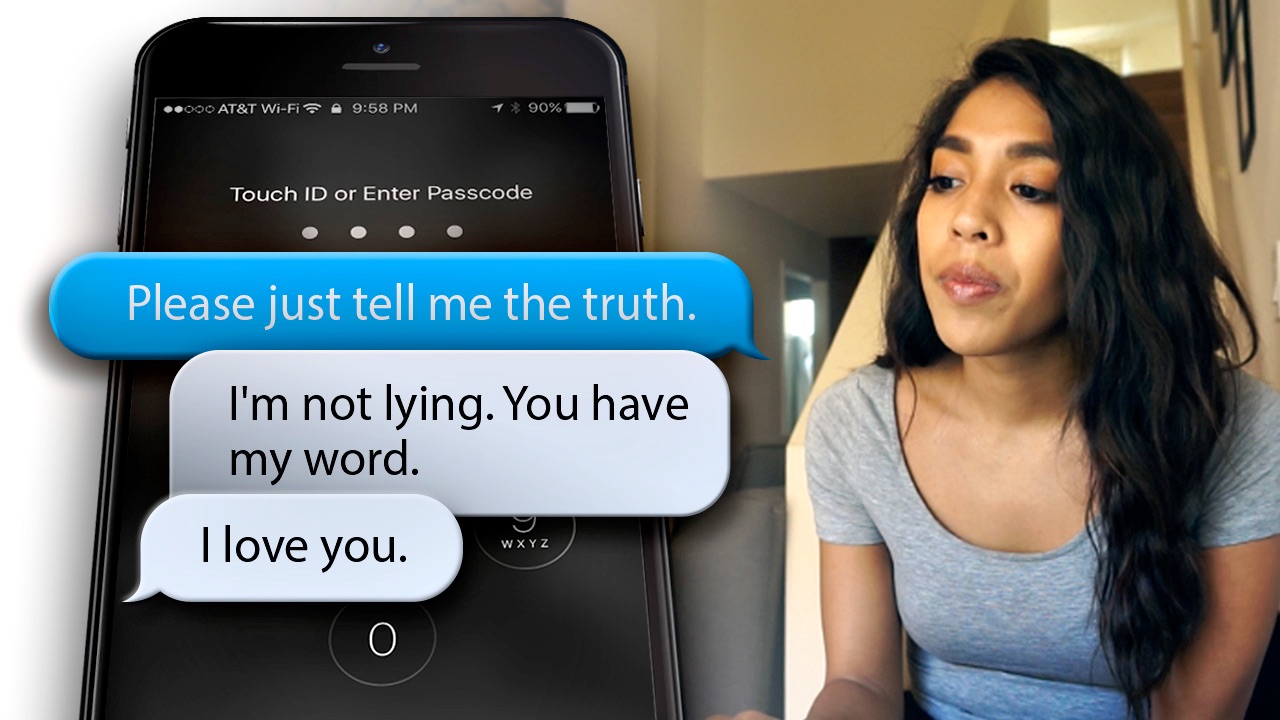 Have you ever not trusted a person so much that you didn’t bother to even ask questions anymore because you knew it was going to be a lie? To the point that it was so bad, that the only way you knew deep down you’d find out somewhat of the truth was by going through his phone? And every single time you went through that phone you had this little hope that maybe this time there won’t be anything to find. Maybe this time it’ll finally make me trust him, make me not want to pick up the phone while he was sleeping, and after finding something that made my heart sink, having the courage to suck it up and pretend like you didn’t see it because you didn’t want to accept the fact that that’s what it was always going to be – despite the screenshots you took because you knew when you asked him he was going to look you in the eye and lie to your face about it and call you crazy and it was the only thing you could use to shut him up. I gave this man the blueprint, and even then it still didn’t work. All the times I cried and said,

“I can handle any truth, I swear I can but I can’t handle any lie no matter how small.”

“I told you, every time I ask you something it’s because I already know – and I just give you this chance to finally just tell me the truth for once so we can move forward.”

I was in such denial and wanted it to work so bad. I didn’t want to accept the fact that the trust was out the window and there was no point in even trying or giving 9 more chances because you know that you teach people how to treat you. You teach people what is okay. Even at the end of that relationship, not once did he ever just tell me something he did, it was forced out because of something I found in his phone. I couldn’t tell you how many times during those moments he said “I bet if I went through your phone I would find some shit” and I yelled back “go through it and you will feel dumb as fuck” – I didn’t even have a password. (Sidenote: Don’t get me wrong, I’m far from perfect and made my share of mistakes as rebellion to how much he had hurt me – but the difference was, I called and told him right away, he never found out from my phone or anyone else).

Surprisingly, I was like 99 for 100 and I didn’t get caught until the very last time I did it – and even when I did I didn’t try to hide it. I remember going “you cheated on me didn’t you…” and his immediate reaction of course was denying it and being mad that I went through his phone (not the point) – Only for him to admit I was right about the cheating a year later trying to prove he could be honest. The only problem was that it was only because I presented all the facts. He didn’t go out of his way to be honest, he had no choice. And, let’s be real, we all know that whatever story he told me, wasn’t the whole truth anyway), but I’m crazy, right?

Anyway – That is the life I lived for 2 years straight. Always wanting to play detective, having that anxiety every time he picked up his phone and was texting someone – hoping that one day it would stop, praying for God to ease my mind and just let me trust him and hoping for him to change. It got so bad that I was literally presented the options “my word or my password,” and I legit always wanted the password. (He never gave me it, that’s just how bad I knew it was). It came to the point where he said he never wanted to tell me the truth or give me the password because he knew I would still look and wouldn’t believe him anyway. That no matter what he did, I was always going to be that. That no matter who came after him, I was going to be doing the same crazy shit because that’s who I was, crazy. When you’re doing it for so long and someone you love tells you that, you start to believe it and accept that this is who you are, and maybe the reason it keeps happening because I’M doing something wrong to deserve that – He was wrong. I was wrong.

There was someone who had come into my life who wasn’t aware of my Harriet The Spy ways and my past – I’ll never forget these 2 specific moments. One time he was trying to show me something on his phone, I was holding it and then it automatically locked. By instinct, I handed him the phone and turned by head to the side so he could put his password in. (This is something I had to constantly do when I gave my ex his phone in a moment like that because I didn’t want him to think I was trying to figure out the password *even though I probably was* or that I was trying to look even when I wasn’t). He suddenly said **** and I had never been so confused in my life. The second time was when he wanted advice on something with work and it involved Instagram. I said, “okay, just show me the next time I see you,” and he goes “no here just sign-in, it’s ***********************.” When I tell you, I swear on my career, on my life, on everyone that is important to me, I have never not even for a split second ever had the urge to want to sign into his Instagram or go through his phone. That’s when I realized, I wasn’t who I thought I was and it was the biggest relief. I’m telling you, it was so bad in the past that I really did think there was no way to overcome that shit – and I had to figure out why that urge never kicked in. It was for a few reasons: he had told me some things that no one would really have the balls to say to anyone, if there was ever a question the answer was as real as it could get even if it hurt and at the end of the day, I just knew he obviously wasn’t trying to hide anything and if there was something to hide, it would be said with a simple question.

I’m not proud of breaking through his phone constantly, it’s wrong and I would be mad as all hell if someone went through my phone – not to contradict myself with my actions, but although I thought that was my only option, it wasn’t. The option was to leave, to give up, to move on because that’s not the life I deserved.

Ladies, if you feel the need to go through your boyfriend’s phone because it’s the only way you think you’ll get the truth or because you’re worried about competing with another woman or some hoe – just get out. One, you’re never going to know the whole truth, two, living with that kind of anxiety and insecurity will literally kill you, and three you deserve so much better than that.