Why I’ve Been Crying Lately 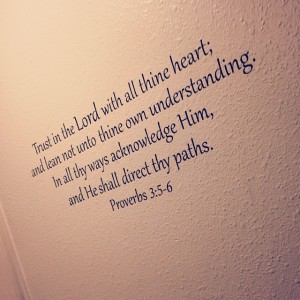 Wall art in my apartment

Writing is my outlet. I’m the type where if I don’t write something down – goal or plan, or just something I’m feeling at the time, I feel claustrophobic. Like everything is bottled up and it needs to be let out. Tonight is one of those nights.

This post probably won’t make any sense because I’m just typing whatever is coming to mind. It’s not focusing on a certain topic as my other posts do. This post is truly a blog. Here it goes:

I don’t cry very much, and when I do – thankfully, a majority of the time is because of tears from so much happiness. So where is my happiness coming from right now? From realizing how much life has changed in such a short period of time.

I’m pretty active on all of my social media – but despite how much I post, I  haven’t shared some major things that have been going on since November.

A lot of amazing things have been happening. A lot of change has been happening. Both good and bad. But not really bad, because in the end, anything bad is actually good. So let’s stick with that. It has been so overwhelmingly good, that I literally cry all the time thanking God for all of this.

Even though I know I’m a genuine person with a good heart – I don’t deserve everything God is giving me right now and what He has planned for my future. I mean, I know I somewhat deserve it because it’s a part of His plan – but I feel like with everything He is giving me right now, I should have at least saved 2000 lives, made a discovery and have never done any wrong in my life. As I’m sitting here typing, with tears falling down my face, I’ve realized that God really has given me not only what I wanted – but more than I could have ever imagined. And I’m going to spend the rest of my life being the best I can be, and fulfilling this purpose He sees in me.

I’ve said it before – I know my purpose is to change the world. To inspire others to be better people by sharing what it is I learn from God. Especially to those who don’t believe in Him. I need to also inspire them to never give up on their dreams because all things are possible. I swear, He’s using my story to show that dreams really can come true, and I know that’s why things have been happening the way they’ve been.

Moving forward, instead of just writing posts focusing on specific topics, I really want to go deep into my thoughts and feelings to really let you inside my head – both good and bad. Why? Because I know that people will be able to relate and I know that it could help at least one person at the end of the day, which is what matters most to me.

This post wasn’t to brag about this amazing life I have, because believe me, things aren’t always perfect. I go through my share of struggle, and my share of pain. I just don’t speak on it. I just really needed to release this happiness and share how good God really is.

I’m at this point where my faith in God, and confidence in my work is so unbelievably strong, that there is nothing in the world or words anyone could say that would make me doubt myself. Everything, and I mean EVERYTHING I desire, is going to happen.

Like I said earlier, a lot has been going on since November, but I’ve decided to not go into detail and spill the news until 2014. I’ll be in the Philippines for Christmas/New Year, and I want to start off the year with a bang. No. An explosion.

What I will say though is, if you think what I’ve already done in the past 4 years is considered “success,” trust me, you haven’t seen anything yet. That was the beginning – the real journey starts next year.