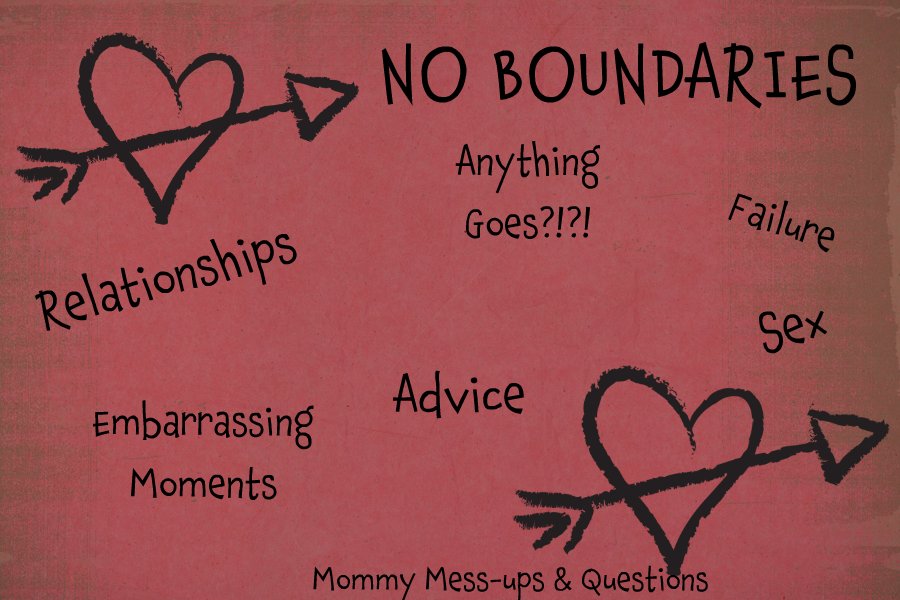 Something I took note of was that I have/had so many ideas for blogs, but I just didn’t take the time to write out all of them. I really feel like the topics I want to talk about are things people can relate to, which is why I am stepping up my game! A lot has been going on and after a long talk with one of my good friends, Carl Yu in other words, him calling me out lol I wanted to write about not setting boundaries on people, hopefully it helps you in some way or another. Here it goes…

You’d be lying if you said you were not guilty of this. Whether you are a parent, friend, boyfriend or girlfriend, you are guilty of setting some sort of boundary or limitation on someone.

I’ll focus on two different situations: the boyfriend-girlfriend relationship and the parent-child relationship.

Boyfriend-Girlfriend Relationship: Not allowing them to talk to their exes, putting some guilt trip on them, etc.

Parent-Child Relationship: Trying to lock your child down and not allowing them to grow up.

(and if you’re thinking no parents are reading this, you’re wrong because I have had parents told me they read my stuff and visit my site! oops, didn’t mean to get sidetracked – back to the blog)

The one that 99.9% of the people reading this right now will be able to relate to is the boyfriend-girlfriend relationship, so it makes sense to start with that one.

How many of you reading this have tried to put some boundary or limitation on your boyfriend/girlfriend? Most of you probably said “me” – and even though you think you’re right or have gained some control by doing that or “won,” I hate to break it to you but – you are completely wrong.

Putting boundaries or trying to have some sort of control on your significant other is the worst thing you could ever do. Yes, they may listen and do it temporarily but that’s just because you’re either A. Scary or B. Annoying OR maybe you’re both? Either way that sucks for you and eventually they’ll crack like an egg. Trying to control someone is going to make them want to do it even more, and they will more than likely just try to hide it from you, which you probably know how that ends up…. in hurt. Besides, wouldn’t you want this person to do something for you because they wanted to because they care about you so much, or because you forced them? That’s what I thought.

I have experienced and heard about so many ridiculous situations from when people are in the relationship: can’t to talk to their exes, to not letting people talk or hang out with other guys/girls without being accused of doing something wrong, to simply making them put their status as “in a relationship” with you on facebook because society is convinced that facebook determines the real status of a relationship. “If it’s on facebook, it’s official,” lol seriously? It’s annoying but we all do it. Anyway, didn’t mean to get sidetracked (again) – the point I am trying to get across is, STOP with the boundaries because you’re just digging yourself in a deeper hole than you’re already in (insecurities and the need to control) and it’ll be a lot harder to get out of, believe me.

Now let’s look at the other situation, the Parent-Child Relationship: There’s a certain extent to when parents can set boundaries and limitations on their children – when they’re under 18. Although I believe that kids should respect their parents no matter how old they are because they brought you into this world – it’s honestly sad when I see how much parents try to lock their kids down so they don’t live their lives. YOU HAVE TO LET YOUR KIDS GROW UP. I personally do not have this problem with my parents, but I see it with a lot of others. I have one friend that I know of who was not allowed to go away to school for whatever reason (even though he/she had the grades and was financially able to do so), and friends who have parents that still try to baby them by treating their 25-year-old like they are 12. The thing with me and my parents is that they know they taught me well, and no matter what I will always hear their voices in the back of my head. If you have brought your kids into this world and raised and directed them in the right direction, then there’s nothing left you can do but trust that they will remember what you said. Locking them down is not going to help whatsoever.

Your kids are going to make mistakes, but you have to let them make those mistakes and let them learn on their own. I understand it’s hard to let go of your baby, and you are scared that you won’t be able to protect them from everything, but you need to let go, let them learn and live in the real world. Parents, if you don’t let your kids grow up, they will either rebel or even hate you, or they will depend on you until they are 65. Take your pick, but if I were a parent, I’d say let them learn – just saying.

My focal point of this long blog was to tell everyone to stop putting boundaries on people because even if it feels right in the beginning, it’s going to end in complete failure. Don’t let your pride get in the way, and well – have confidence.