I Got Stopped By Security 5 Times Before My Flight 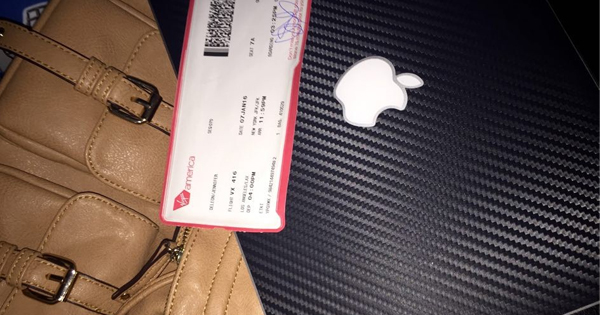 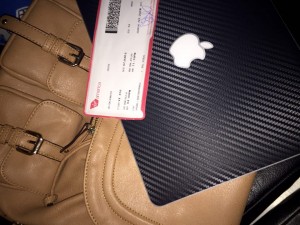 Today was quite the day. First, I slept at 5 A.M. (I really need to stop doing that), woke up at 8 A.M. (I have a daily conference call at 9 A.M. and don’t like my voice to sound raspy, which didn’t even matter because I’ve been sick from the constant climate change over the last few weeks), packed an hour before I needed to go to the airport (another thing I need to stop doing), my garbage bag broke when I took out the trash (that was disgusting, I literally threw up a little), thought I lost my credit card/debit card because I don’t ever carry a wallet or purse (I need to start being a woman, Kelli found them in between her couch cushions), picked up clothes from my clothing sponsor Shopping Bare and picked up Kelli before I headed to the airport. That was the less messy part of my day. Now, let’s get into me actually getting to the airport.

Right at check-in this woman is going down the line asking people if she can put her perfume in their bag until we got to New York… of course everyone said no, but all I kept thinking was, “uhhh…. do I need to be getting on this plane?”

Then I walked through security and that’s when it all began! The first security guard stopped to swipe my hands, (no biggie), the second security guard got annoyed with me twice.

“Bags do not need their own basket.” (I just threw it in there while I was taking off my shoes)

“Take shoes out of the basket, shoes do not need a basket.” (I always put my shoes in a basket)

By the time I got to the third security guard, which I don’t even know why she was there, she asked me “what do you need this basket for?” (referring to the basket that my shoes, phone, license and ticket were in) and my immediate response was, “I got yelled at by him twice for the original things in that basket so I left what was left in there. My phone, license and ticket.” She rolled her eyes and I just took it out and put it in my bag lol.

Then here comes security number 4, “who’s laptop is this?!” she yelled twice. Of course, it was mine. I have never been stopped for my laptop, but maybe the sketchy lady sprayed her perfume on it. She didn’t hear me say it was mine, so then she had security guard number 5 yell for the owner of the laptop.

My laptop obviously didn’t have a bomb in it, but the best part I can’t even share. Let’s just say I’m the LAST person they needed to be worried about in that line, and I’m not talking about sketchy perfume lady… I just can’t put it in here for the sake of the person lol.

We finally made it to the gate to meet David, who later handed me my ticket because I left it on a chair (I suck at life), we got on the plane, and the grand finale was David spilled a large coke from Burger King all over the aisle lol. WE SUCK AT TRAVELING.

Anyway, I snapped the entire mess (jendeleon) and I will be in New York until Saturday. What am I doing there? Well, you’re going to get a glimpse when I snap and post away on Instagram, but you will find out very, very, very soon. Just remember this word: LiVideo. I mentioned it on my Instagram last month, I’m mentioning it again. Can’t wait to share it with you.