I’m Having A Quarter-Life Crisis 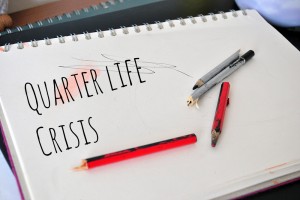 Everytime the 28th comes around, I think about my birthday – June 28.

I turn 24 in three months so this doesn’t even count as a quarter-life crisis – but I don’t know what else to call it, and I had one – it just wasn’t necessarily bad. Here’s where it came from:

I met with Earlly Mac, who is someone I knew because of our mutual friends, but we formally met for the first time this week. As we ate some bomb orange chicken at The Hollywood & Highland center, he asked about my story. Obviously I couldn’t go into every detail, but it was the first time in awhile where I really told my story, and it left me in deep thinking.

When I look back at my 23 years of living, I feel I’ve accomplished more than I could have ever imagined to accomplish in a lifetime all of course thanks to God. What’s so crazy about it though is that I forget about some of the things I’ve done because I’m always hungry for more. The only reason I remembered everything was because I was reminded of it while trying to break it all down for him. I forget these things because I’m not at all satisfied with what I’ve accomplished. When I accomplish something, I’m over it after a few days and already looking to accomplish the next thing on my list. To me, I haven’t reached “success” yet.

If there was a book written on my life, I would say everything that has already happened was Chapter One, which was the time for me to make my mistakes and learn from them. It was the time to make every possible connection in this industry I could have. It was the time that really gave me the faith and confidence I needed to know that my dreams CAN come true.

The shit that happened to me these last 23 years is unreal, and because all of that happened, there’s no doubt in my mind that I will be the next Oprah. In fact, I will be bigger than Oprah. My blog will be one of the top websites. My parents will retire early. I’ll inspire and change the world. The list goes on.

The fake quarter-life crisis I just had is the setup for Chapter Two – The chapter to really find and become the best version of myself so I can reach that next level.

When one has a crisis, it’s usually in panic that they’re not doing enough or that it’s too late. My crisis was from looking back and realizing that first quarter was some real life shit. That all actually happened and with it about to be another year in the books, it’s time to really get it together. Not because I think I’m running out of time, but because I was able to achieve these accomplishments with a lot of distractions and not being 1000% focused – and there’s soooo much more waiting for me. In this next chapter, I’m giving my all. So, if you thought what you’ve seen was crazy, you’re in for a treat.

Take a look back at your life – What have you achieved thus far, what strides do you want and still need to make? Now do it.