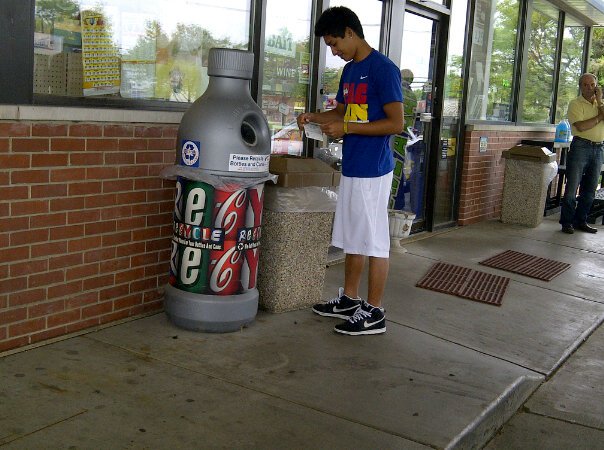 Today I had to pick up my brother, cousins and one of their friends at the train station, and for some reason they just wanted to go crazy with Lottery Tickets. So, what’d we do? Went to three different gas stations around our house and they bought tickets at each one. Most people, including myself, would think this was a waste – but not anymore!

Three of the boys combined won $88.00, and the only games they purchased were $2.00 scratchoffs. But, the funny thing about the picture I attached in this blog, is that Steven [my cousin] won $20.00 off his ticket [Shell Gas Station], but they didn’t know it was a winning one because they thought it had to be a match for the numbers in another column. My other cousin, Andrew, and I told them that you can win regardless, so when Steven won the $20.00 Chris screams, “we have to go back to Marathon! I had that same symbol but I thought it had to match!”

We then sped back to the Marathon, Chris dug through the garbage and found his winning ticket, which ended up being $40.00.

I can’t lie, today made me want to buy scratchoffs. Honestly? How did they win that much money within 15 minutes?