Life Lessons I Learned on an Airplane 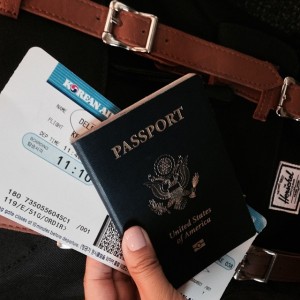 Anyway, despite the long journey back home – it went by pretty fast thanks to the movies I was watching. Roundtrip, I watched 6 total – Jobs, Runner Runner, 2 Guns, Despicable Me 2, The Heat and Paranoia. All must-see movies, but there were four in which I heard great lines and learned some life lessons. See below.

JOBS: Awesome movie about Steve Jobs. I learned a lot about Apple, and despite everyone who had something negative about Ashton Kutcher playing the part, he did amazing!

How does somebody know what they want if they haven’t seen it?
We have to be more open to experiences and the unfamiliar.

We’re not negotiating – yes we are.
I liked this line a lot because he was very confident in his overall value and gave them no option other than to negotiate. This is definitely something I’m going to be doing in the future when I come across this situation.

Work in a market that doesn’t exist yet.
We spend so much of our time trying to fit in, when really we should be trying to stick out. Bring something new to the table.

Do whatever people think isn’t possible.
I’ve done this before – it’s one of the greatest feelings. Knowing that you did something that some thought you couldn’t.

RUNNER RUNNER: I’m usually not a fan of artists acting and vise versa, but Justin Timberlake always kills it in his movies. Definitely one of my favorite actors – and if you love gambling and poker, you will love this movie.

You can’t win if you’re not willing to risk it all.
Stop staying in your comfort zone and take chances!

2 GUNS: Great movie with Denzel Washington and Mark Wahlberg. It’s both comedy and action, and makes you question the government.

That’s why it’s a brilliant plan – no one expected it.
I laughed every time this was said throughout the movie. The lesson I took away was to always try and do the unexpected because people won’t know how to react to it.

PARANOIA: This movie features Liam Hemsworth and Harrison Ford. Great movie about business and how sick and twisted it can be.

You have to work harder than the guy below you or you’ll be stuck with the same job.
You can’t get complacent with the position you’re in because at any moment, it can be taken away.

If you’re not no one, you get burned by no one.
This made me appreciate negativity/haters. No one would try to burn you if you weren’t doing something right.

Success makes you think you have control over everything – Shit happens to everybody.
You’re not the only person with problems in the world. Everyone is dealing with something.

There is no such thing as privacy.
This is creepy. If you haven’t seen the movie, I won’t spoil it for you – but just know they show how anyone can know everything you’re doing.

People are so distracted these days, they don’t know who they are.
Don’t get so distracted with the world, the pressures and the people. Always remember who you are.

There are no shortcuts.
Pretty self explanatory. Don’t try to take shortcuts because you’ll achieve something faster. It’s taking longer than you planned for a reason!

[SEE ALSO: 5 Tips to Survive in The Philippines]