The Time I Considered Letting Someone Pee On Me 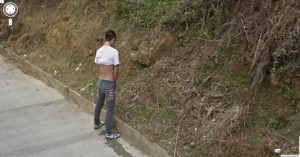 I can’t remember how old I was, but I was definitely a teenager and an incident happened where I considered letting someone pee on me. *Cue R.Kelly Song*

We were on a family vacation in Hawaii and my brother, cousins and I were boogie boarding in Maui. My cousin, Ate (ah-teh: what you refer to someone older than you as a sign of respect in Tagalog) Leia and I went off to the other side of the beach, and she randomly started screaming asking me to get this thing off her. I looked at her arm and saw a black blob on it. Now that I’m thinking about it, most jellyfish aren’t black – and I just googled that they’re rare, so this just further shows what terrible luck we had. Moving on…

I thought it was a leech, and all I could think was “fuck that” and started to swim away. Bad idea. Ate Leia ended up pulling the jellyfish off of her, and threw it in my direction. I felt like I just got electrocuted. I got stung.

We ran out of the water screaming and crying, while everyone on the shore looked at us like we were crazy. Fast forward, a lifeguard came up to us and put some kind of ointment on it, but it didn’t help. I was slightly bleeding, and her arm looked like she just got a terrible tan line. You could see the head was near her shoulders and the tentacles wrapped all around her arm.

I think it’s safe to say that was one of the WORST pains we’ve ever felt. To the point where I seriously would consider letting someone pee on the sting because that’s what you were supposed to do – but obviously, I didn’t do it.

You know what I don’t get though? I’ve never even been stung by a bee,  but, I’ve been stuck by a jellyfish. How does that even happen? I now fear getting stung by a jellyfish. In fact, every time I see one, I run my ass out of the water. If you ever see one and haven’t been stung before, I highly suggest you do the same.

[SEE ALSO: 5 Tips to Survive in The Philippines]