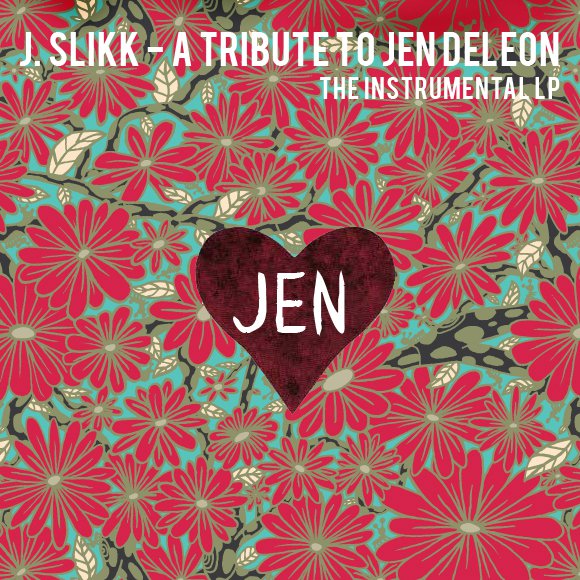 I was randomly tagged in a picture with my name on it, and I was confused as to what it was. Then I found out the news – a Chicago producer, J. Slikk dedicated his album to me. I was very surprised, and was happy to see this that I was curious to find out why. Here is what he said:

The album is an instrumental album coming out on christmas… the album isn’t about u, it’s just named after you in tribute… why?! Because i respect how hard you work for what you want in life… plus in the past i have named my albums after women for their accomplishments.. i figured this time, why not name it after someone i know who is local and deserves respect for all that she does… needless to say it’s also a nod towards GWHH and for all they’ve done for me the past two years. Then at the end of the list of reasoning… and the least important compared to everything else, you are quite the pretty lady lol! I figured, after naming an album after Rosie Perez & naming one after Marisa Tomei, why not throw people a curve by naming it after Jen DeLeon… If they Say “WHO?”… then odds are, they’ll do their research… google… and you’ll hopefully gain another fan as much i am lol …Keep doing what you do Jen. You definitely have a fan in J. Slikk! 🙂 Happy holidays 🙂

Although the album was released a couple days ago, the album is also dedicated to his grandmother, Vivian Mitchell-Lee who passed away yesterday at the age of 85. I appreciate the tribute, and feel truly honored; however, I wanted to make sure the dedication to your grandmother did not go unnoticed. Although you may be hurting, try to smile because she is in good hands. I have no doubt in my mind that she is proud of you.

Thanks again for this inspiration, it was a great way to end 2010. You and your family will be in my prayers.

Check out the full article, and also download the album of course no where else other than gowherehiphop.com.