How Craigslist Changed My Life Forever 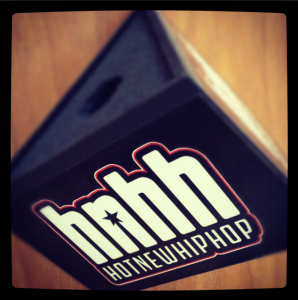 Craigslist is usually, almost always sketchy – but when it came down to my career, and making one of the biggest decisions of my life (moving to LA), it was one of the best things that ever happened to me. It changed my life forever.

A lot of people ask how I got my job with HotNewHipHop, well….. the answer believe it or not is Craiglist. Yes, you read that right – Craiglist.

After deciding I wanted to move to LA, I applied to so many jobs, it was ridiculous. I didn’t hear back from anyone, which left me in panic and it came down to my last resort, Craiglist.

I applied to hundreds of reporting jobs on the site, and heard back from HotNewHipHop about three weeks later. It’s crazy, their ad I submit to had the subject line: “Hip-Hop Reporter (Los Angeles Area).” It didn’t list who the company was for, their stats, or that the interviews would be with celebrities – I was just desperate for a job in LA, and applied to anything and everything related to the Journalism and Production field.

It became this long process of going back-and-forth with details through emails and trying to get on a call. They were on EST, I was on PST, so this became a difficult thing. One afternoon, my phone rang in the middle of a road trip from Vegas to LA. Not the ideal call to have considering I was on the road with terrible signal, didn’t have my computer open and it was loud as hell because I was in the middle of a gas station – but I wasn’t missing the opportunity and pretended like I was at home doing nothing. In about a month, I was officially a part of the team.

Moral of the story is: Don’t stick to just Career Builder, Monster, etc. when applying for jobs because you never know how a company will find you. In fact, have the traditional way be the last route because your resume is just going to get lost in the mix of the other thousands applying for the same job.

I never landed a “big girl” job through the typical way. I got my NBC job as a referral from the internship coordinator at my school (Columbia College), got my Bulls job through Twitter and HotNewHipHop through Craigslist.

I know graduation is around the corner and all the students in the world are freaking out right now – but don’t panic. Try this way and have faith. You never know what will happen. Goodluck!

Jen DeLeon Correspondent Reel (2010-2012)
Webisode 1: Why I Really Moved to Los Angeles
Webisode 2: My HotNewHipHop Promotion
Webisode 13: How I Landed a Job with The Chicago Bulls