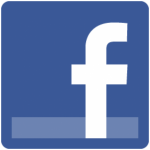 It’s a Saturday night – and I am spending mine cleaning out my Facebook. Now, this is coming from the obsession with my career, but this can apply to anyone and everyone.

I want to become a big name, and a well-respected person in the industry – so, I am very careful about what I post on Facebook, Twitter, Instagram, everything. If someone googles or looks through my stuff, I only want the best of the best out there. Why? Because it’s my one shot to make a first impression, so where ever they end up, it has to be good enough to keep them interested for everything I have planned in the future.

Now, I have been pretty on point with this, but my Facebook has been around since high school and not that I was a hard core party person or anything, there are just so many pictures that are irrelevant to my career and goals, so I’m cleaning them out.

It’s been an on-going process, and I’ve actually been doing this since last year but really want to knock out most of it tonight. At one point my Facebook said I had 9,000+ pictures, now I’m at 5,500. So ridiculous, don’t even know why I took that many pictures but they’re about to be gone. My plan is to separate the albums by year, keep my favorites, and only have the important stuff on there.

You should do the same too! People are always looking through your stuff, especially companies when scouting for employees. How much would you hate to miss an opportunity over some picture they found of you passed out on the floor? Not even worth it. Besides, nothing is really “private” if it’s on the internet – so, better safe than sorry!