Don’t Put Your Dream in a Bag 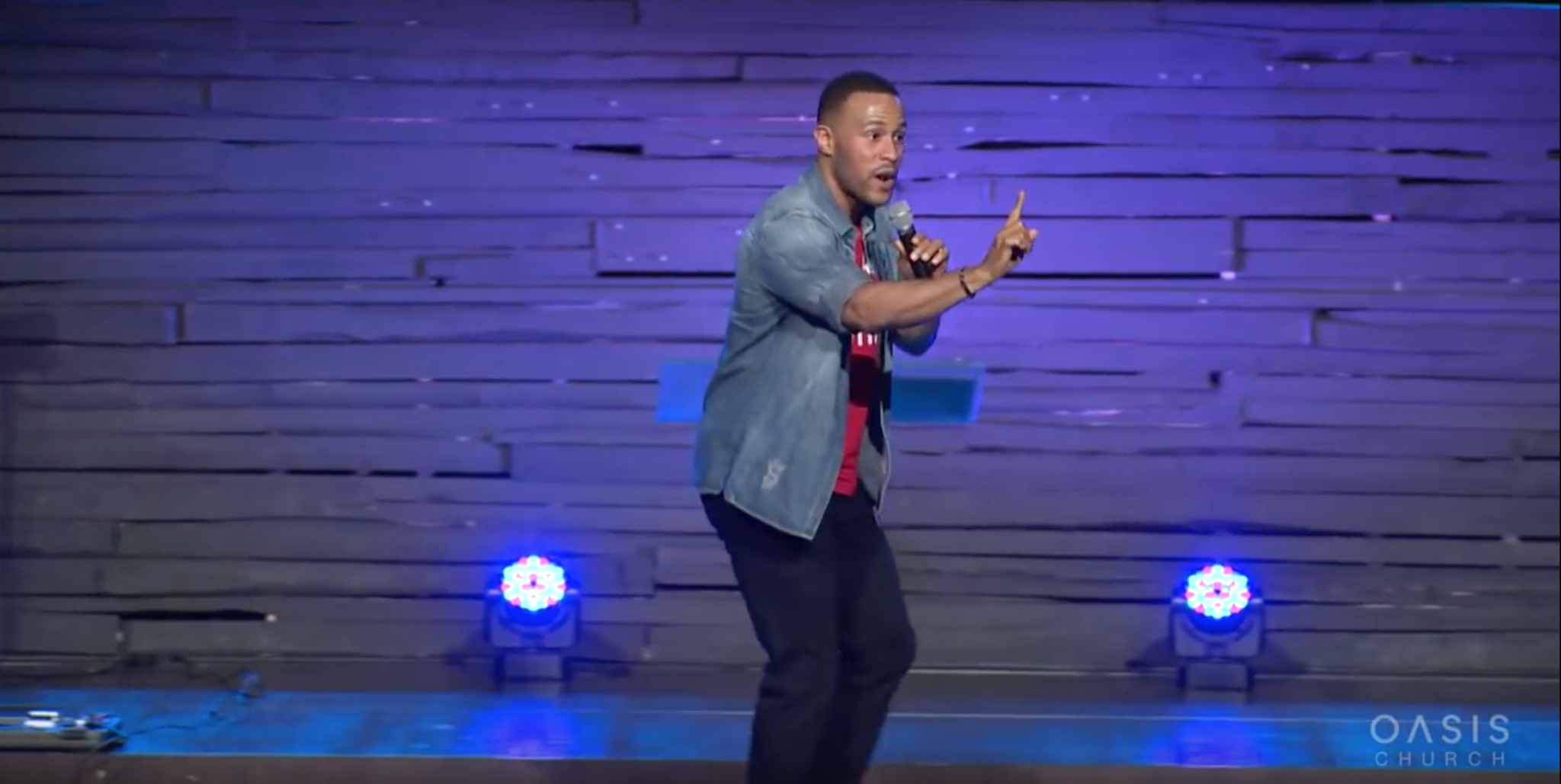 If you’ve ever been afraid to pursue a dream, this message from Devon Franklin is for you.

— Anything you think you can do through Christ, you can do it – You just have to believe it
— Many of us had a dream or desire that God gave us and shared it with somebody who didn’t see the version that God sees for us, instead of supporting, they talked against it
— Instead of believing you can do the impossible, you put it in a plastic bag and walked away from the very court you were destined to play on
— If you have a dream, don’t let anybody tell you you can’t do something. You have to go after it, period.
— You stopped the pursuit of your dream because someone told you it was impossible
— Look at your life as a movie
— Sometimes if you don’t speak it, it won’t happen
— You must believe you have a God that has every intention for your movie to end well
— Every great movie starts with a script
— If you don’t get the script of your life developed, your movie will not work
— You don’t want to do the re-write in your life but God will not put you in production until you let Him write the script of your life
— You’re supposed to have an inspirational movie but you’re living a horror movie because you think you got this. Get your hands off God’s keyboard and let God write it!
— If God something put in you, you have to trust He has a plan to put it in fruition
— If you don’t trust, you will never triumph
— Part of trusting God is listening to who He called you to be, and what He has called you to do
— You’re listening more to friends and followers who don’t care about you than listening to God
— When you put God first, He’s a great director
— If you want your dream to work, don’t be afraid to go after it alone
— Why do you want to do what you want to do?
— Check your motivation
— Your dreams should be so big they give you a headache
— Faith is the path to your dreams
— If you’re afraid, that means you don’t believe in what you say you believe
— God has already blessed you, why wouldn’t He now?
— You know who He is and what He’s done, start being BOLD!
— Some of the things you’re praying for have already been done. You just haven’t seen it yet
— When it’s time, it will come to pass
— We’re so concerned about getting it, that we’re not worried about how. You have to go through a process in order to be ready
— You see the position, but not the process
— God is trying to develop a hit out of your movie but you’re not letting Him
— Just because we get it, does not mean it’s from God
— Just because someone has it, doesn’t mean it came from God
— God will bring it to pass on His time
— Anything you pray for, you have to prepare for
— You have to get evidence on whether He is in it or not
— It’s not comfortable, but it’s necessary
— Your faith can shape whatever environment you’re in
— I can’t tell you faith works if I won’t try it
— Stop allowing what you don’t think is going to happen to keep you from acting
— If you do your part, He will do the rest
— The moment conflict shows up, we run
— Batman is the biggest franchise in history because of all the great villains he has to overcome
— When conflict shows up in your story, it’s evidence that you’re headed in the right direction
— You’re complaining over the conflict, but the conflict is what shapes your character, the conflict is what shapes your faith
— Be careful when the path is too easy
— Lord, whatever your will is…
— It works if you work it
— Keep your standards high
— You have not, because you ask not