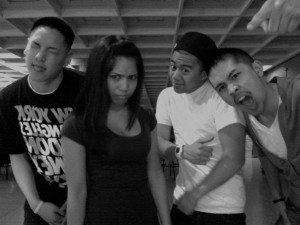 I haven’t had a lot of time to see and talk to a lot of people as much as I have wanted to, so I decided to start writing letters randomly. This one is to Team Grimey.

It is so random how I started talking to everyone in this group. Lol, don’t even ask why we are Team Grimey because it’s a secret. Anyway, it’s Brian, Carl and Andrew.

Brian – I knew you back during the xanga days, and I remember we used to talk on AIM a lot, and then I saw him randomly at Fact in 2009 (look at the ugly picture below) and we didn’t think we were going to remember each other. Then we didn’t talk for a couple years and honestly I don’t know how I started becoming friends with you again. All I remember was you commented something nice on my blog back in the summer saying it was nice to see someone going for their goals or something lol. First of all, you would never say anything like that to me now because you are evil. Haha jk, but on a serious note, I really am happy that I have you as one of my good friends now even though we only see each other once every month. You do know how to be serious when I need advice, but you also get all my jokes lol. Speaking of which, I have a babysitting story to tell you!

Carl – you were in my Haiti show and the comfortablity rope broke when I snapped on you through a text and called you a name haha. I will never forget when you said, “whoa okay so does that mean we’re comfortable enough to swear at each other and be friends?” Ever since then, we’ve shared many memories, including getting you hooked on Desperate Housewives lol. Thank you for always calling me out on my faults, I really have learned a lot and you inspire many blog ideas. Also, thanks for all the random picture messages hahahahaha they crack me up every time. Hmm what else? I am still really upset that our first episode of Pillow Talk didn’t work because my laptop is stupid. That would have been a good one. But, we should still try to do those since we always bump heads with each other on a certain topic, but come up with a conclusion. Well on a serious note, tell your dad to call me.

Andrew – we would have never been friends if MAFA never existed, which by the way I will never go there ever again. Anyway, the second I met you I swear you were the boy version of me. We talked the same, laughed at the same things and both just stupid. What a small world too right? Well, I must say we really suck at keeping up with our friendship, we went to eat at Portillo’s one time, and then said we would go every week. Umm…. we haven’t gone since lol, but hey we did try like eight times, I give us an ‘A’ for effort. We should make that one of our resolutions for 2011. Anywayyyyy, some of my favorite memories with you was at Ricebowl and when you tried to jump up on my loft thing in my building last year when Carl and Brian were already up there hahahahahaa.

I consider all of you as some of my good friends even though we haven’t had Grimey reunion since the summer, and I only see you guys once in awhile, I really do miss you! No homo. All my friendships with you guys built up so randomly, and seriously, reunion sometime in 2011 please? K thanks! Btw, I really want to put in our nicknames in here, but I think it’s better not to. 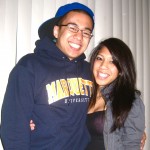 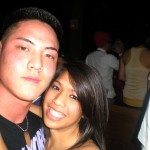 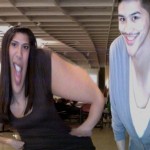 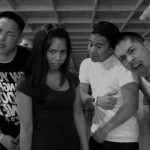