Why The Cops Searched My Car This Morning 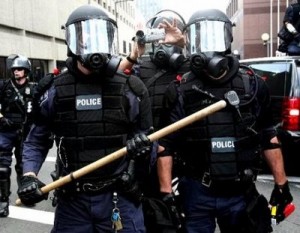 I have been up since 5 A.M. and it’s been a long, but fun day. I just went on a Starbucks run and it took forever to get back on set (video shoot) because my car got searched by the cops LOL.

I made the wrong turn and ended up at a check point  near the airport. Swear I’ve been to LAX 1895 times, and every check point they just wave their hands to keep driving. Nope. Not this time. For whatever reason I looked suspicious today because they asked if I had anything illegal in the car, told me to put the car in park and searched it.

Honestly, I think they only stopped me because they could tell how nervous I was. I stopped so far from the stop sign that they had to tell me to keep moving up. PhillyFlyBoy (Director of the shoot) was laughing at how nervous I was as he was chomping down on a bagel. Shoutout to him though for keeping a conversation going with them because I was mute lol – think he made up for the sketchy vibe I was giving off.

I still don’t know why I get so nervous around cops, especially when I have no reason to be. I have never been arrested, have nothing on my record, and the only tickets I ever got were parking ones. Who knows?

Anyway, I hope everyone is having a good day so far – come visit my site later, as I’ll have some photos/recaps from today’s shoots with Trae Tha Truth x Snoop and SKEE Live with Hopsin and YG.