The B.o.B. and Jen DeLeon Handshake 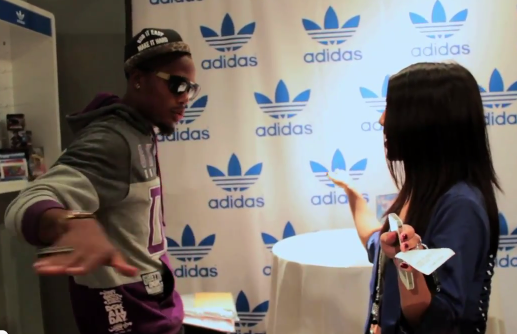 I was excited to go to this event for one of two reasons – first, well, I love his music so I was looking forward to hearing what he has in store for his album, ‘Strange Clouds,’ which will be released on May 1st. But, the reason I was the most excited was because of our secret handshake.

I know what you’re thinking – what is she talking about?

Last month, at SXSW, I interviewed him following his performance for Perez Hilton’s One Night in Austin event. The interview was featured on his website [take a look at when the handshake was created].

Well, he remembered the handshake.

Check out the interview with Julian Nieh of Chicago’s very own, B-96, where you see not only the handshake, but also a very entertaining interview!