10 Reasons Why You Don’t Want My Job

Before I get started, let me first say, I absolutely love my job and it’s more than I could have ever imagine or wanted. But, when people ask me for advice and how to go about getting a job like mine, they don’t realize it’s not all glitz and glamour – there’s more to it than you think.

1) You question people’s motives.
I don’t trust people. It’s hard for me to figure out if someone is really trying to be my friend for who I am, or because of what I do and eventually need something.

2) Favors.
This ties in with number one. Prepare to have your phone, email, Facebook messages, Twitter DM’s, everything blown up with someone asking you for a favor. It’s to the point where I don’t even read some of these things anymore because it’s overwhelming. I’m down for helping people, but I can’t help every single person in the world.

3) Time consuming.
This isn’t a 9-5 job whatsoever. Try 25-8. I tend to not plan things because something can just come up last-minute. Say bye to your social life, and if you like sleep? You can forget that too. 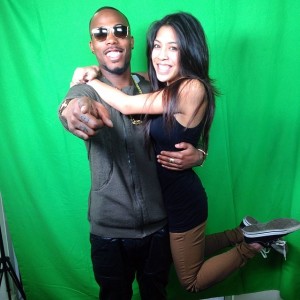 When I first started, one of the hardest things I dealt with was a guy who is down to work, but would then ask me out. And sometimes when you turn them down, some get salty and that results in them not wanting to work with you.

If I showed you some of the messages I got when I said I’m only interested in a business relationship, it would make you not want to work with some of these people. Thankfully, the amazing people I work with definitely outweigh the assholes – but I get it, these are the people who are used to getting what they want because of their position of power, so when they don’t of course they’ll feel a certain way.

Four years in, this isn’t so much of an issue anymore.

5) Red carpets aren’t as fun as you think.
I used to cover a lot of red carpets, and then I stopped because I hate those the most out of everything. You really are just standing around waiting for people to maybe show up (and most of the time they don’t). And if they do, the other media will just push you and fight to get that interview. Oh – and if you’re a girl, your feet will kill you.

6) Must have a lot of patience.
I couldn’t tell you how many times one of my shoots was rescheduled, or a time I ended up waiting hours and hours. This falls back again to why I don’t plan things outside of work , you just never know what’s going to happen. Here’s a perfect example:

Two years ago at SXSW, my interview with B.o.B. kept getting changed throughout the week. Everyday, I thought it was going to happen. It came down to the final day, Saturday and it was scheduled for noon. Guess what time I did the interview? 2 A.M.! But, I wanted it so bad, I didn’t leave the venue, I didn’t eat, because I didn’t want to miss the time slot since I didn’t know what time it would get pushed back to so I waited. My relationship with B.o.B. and his team now though? I’ve done 3 interviews since the first one. Those are my people, and they always look out.

8) Need thick skin.
There’s not one interview of mine where someone didn’t comment something bad. People will talk shit on Instagram, and sometimes even send things anonymously. If you can’t handle people saying bad things about you or to you on a daily basis, don’t even bother trying to do this. 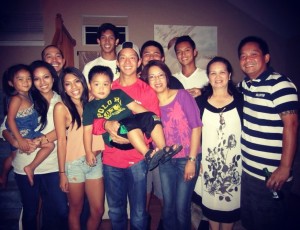 9) Sacrifice.
The hardest thing about this all is sacrifice. I moved away from my family and friends in Chicago, and I deal with it everyday. Really, it sucks. I wish I could be there and talk to them everyday. I wish I could go home every weekend. I feel relationships not being as strong as they were and it’s one of the worst feelings. Thankfully, my family has always been so supportive of what I do, and one day, we’ll all be able to see each other often again…

10) People will treat you different.
I hate when people who are friends with me, or went to school with me, act like they have never met me or I’m a different person. I’m the same person – and whenever that happens, it makes me feel very uncomfortable and quite honestly, it hurts. I don’t want to be treated different.

Like I said, it’s not all glitz and glamour, but I’m not going to tweet and post pictures of the bullshit that happens behind the scenes. Although I could definitely list out more reasons why you would want it, if you can’t handle one of the things I mentioned above – trust me, you don’t want my job.