The True Meaning of Friendship 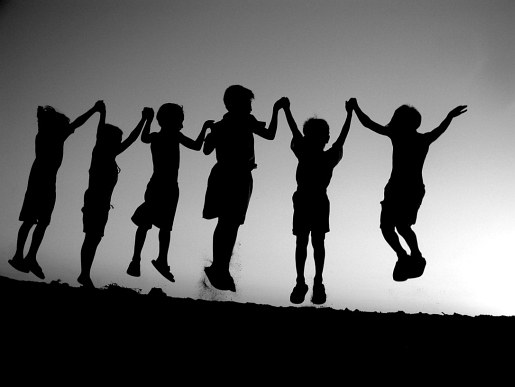 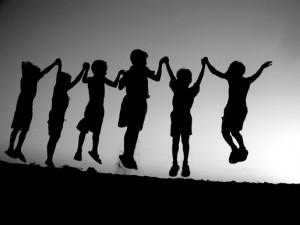 I’ve always been the type who never had a lot of friends, and a world full of acquaintances. People wouldn’t think that because I’m outgoing and know a lot of people – but really, I could count my true friends on my two hands.

My best friends have been in my life since I was in 5th grade, and the latest is high school, and the friends I’ve gained over the last few years are the select few in Los Angeles.

I’ve come across so many types of friends – The ones that have been there since day one, the ones who I thought would be in my life forever, the ones who were so fake that I didn’t even know if our friendship was real, the ones who tried to be friends to use me and the ones who would talk behind my back. There are a lot of things about friendship I’ve learned that define what a true friend is:

A true friend is someone who you will never have a falling out with. I never understood this, and never will. How do you have falling out with your friends? I get having disagreements, but at the end of the day, if you are true friends, there’s nothing that could really get in the way of that. The friends I’ve had since middle school/high school are always asked if we’re still friends and they joke with the response of “no, not at all.” Those friends that I’ve had since those days are so close to me that they are always at my family parties, and even hang out with my family when I’m not home. Literally. My two best guy friends brought their girlfriends to my parents house once because my parents wanted to cook them dinner and meet their boos, and my best girl friend stayed at my parent’s house some nights because it was closer to her work – all when I was living in Los Angeles. These friends are the ones that will giving embarrassing speeches and standing in my wedding.

A true friend is someone who you can talk shit to their face, not behind their back. Forget the people who don’t tell you the truth about yourself just because they don’t want to hurt your feelings. The friends that can tell you all your fuck-ups and when your wrong are the ones who care about your growth. I had friends that made me question how they really felt towards me because they would talk so badly about someone and then the next day, you see a picture of them on Instagram. Anything negative I would say about any of my friends, I would say to them, I have said to them, and I know it’s the same on their end. True friends are going to hurt your feelings, but in a nice way!

A true friend knows all your secrets, and will take it to their grave. These are the friends that you joke about how you’re stuck being friends with them because you could easily ruin each others lives. Be careful who you tell your secrets to though because there are the friends that will really take it to their grave, and the ones who will use it against you. My secrets among my friends became so next level and extreme that we created a handbook in college lol! Rules and punishments if any secrets were shared. I wish I was kidding…

A true friend is your friend for you and not because of your status or circumstance. They’re not going to ask you for handouts or expect you to just give them whatever they want. A true friend will also never use their status or circumstance and think they’re entitled or above any of their friends. I guess I’ll touch on two points with this. First, I don’t know why people think they’re slick when they hit me with “let’s catch up!” and I haven’t talked to you since like 2010. Really? Between the last time we talked and now, you didn’t ever reach out to catch up…. so why now? I’m at a point in my life where if neither one of us have reached out to each other to check-in within at least the last couple months, man I’ll even give it 6 months to be nice… we’re not really friends, and I’m not about to catch up on the last 5 years of our lives.

A true friend is ALWAYS there for you. We all have that one friend that we know we could call at any time of the day to vent about our problems or tell them the crazy shit you just did and had to tell someone lol. They’re also the same friend that you could go days, weeks, months without talking, and your conversation will pick up from right where you left off. We also had or have that “friend” that will ignore your calls or text and then hit you up as if they didn’t just ignore you the other day. We’re in 2015. A majority of us have iPhones. You know you got that text.

Do a friend inventory check tonight. Who are your true friends? Who are your fake friends? Be grateful for your true friends, and get rid of the fake ones because you don’t have time or need a fake friend in your life. I wanted to insert the quote about something like “less is more” or something along the lines of “it’s better to have few friends then…” but I can’t remember what it was, and you know what I’m trying to get at lol.

Andddddd to anyone who thought I was talking about you in regards to being a fake friend, I probably was lol. I actually didn’t post pictures of my true friends in this post because I’ve been doing some revaluation and there are some that I considered to be true ones that I don’t anymore. The true ones know what’s up. And that fake ones should know too.