10 Things I Learned at SXSW 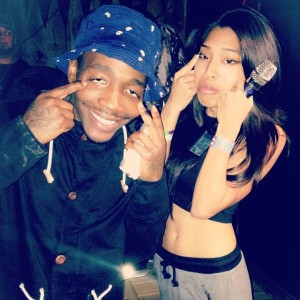 How to prepare for one of the biggest music festivals of the year.

Just got back from SXSW on Saturday, and exhausted most definitely is an understatement. I was there for 5 nights, but of the 4 we had to work, I slept a total of 10 hours. I’m not going to complain about how tired I was because it was a good tired – I work with a great team, and we had an amazing experience, but here are 10 things I wish I knew before I went:

1. Don’t book a flight last-minute:  A majority of our team drove and it took 34 hours because we had a trailer of equipment to bring along. Because of the trailer, they couldn’t go faster than 55 mph, which is why it took forever. I flew one way, and was down for a road trip on the way home, until I heard how long it would take, so I booked a flight as soon as I got there. Sidenote – Flying to Long Beach Airport is cheaper than flying to LAX, and it’s the same distance. Saved about $200!

2. Take advantage of artist wristbands: I’ve only been to SXSW twice. The first time I had press credentials, and this time I had an artist wristband. Apparently, there’s an artist lounge with free drinks, food and gifts. You also get some VIP stuff at the venues, and I didn’t take advantage of any of those! Feeling salty that I didn’t get my backpack and New Era hats.

3. I could live in a frat house: I hate living with people, and I haven’t in awhile. For SXSW though, we rented a house and it was 9 guys and me. Thankfully, we’re all family so it wasn’t awkward, but I had to get ready before everyone else because I knew I’d be the one to take forever. Also, living with guys is interesting and disgusting. Can’t tell you how many times I couldn’t go into a bathroom because someone tore it up.

4. Pack warm clothes: I was excited that ShoppingBare.com was giving me clothes for the trip but thought 70s-80s would be like LA in Austin. Nope, I was fucking freezing. I went by with only one hoodie, but made it work. Shoutout to the random people who were giving me their hoodies at the different shows!

5. Go to events early: I should’ve remembered this the first time around, but these venues reach capacity fast. I missed a few of the events because I didn’t get there before doors opened, even if we had a plug because fire marshals would shut them down.

6. Iron Works is a MUST: Iron Works is right by the convention center and had some of the most amazing BBQ I’ve ever had. If you go there and are a fry addict like me, you have to get there before 2 P.M. because they don’t serve fries or baked potatoes after that.

7. Wataburger is disgusting: Our nights would end around 4 A.M., and of course, we were always hungry. I was really craving Burger King one of the nights, but they wouldn’t do separate orders and we ended up getting Wataburger. That shit is nasty. I was not a happy camper, and never thought I would throw a fit over some Burger King lol. 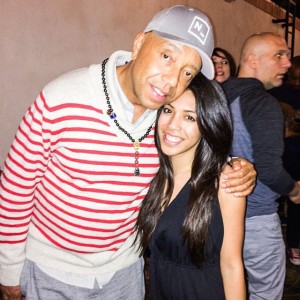 8. Sprint SUCKS balls: Sprint had the worst service ever at SXSW. I didn’t get a lot of calls/text while I was there just because of how bad it was.

9. Sleep is not an option: You’re not going to get any sleep no matter how hard you try. There’s too much going on at all hours of the day, so prepare to be crabby, and hate everyone.

10. Give myself more credit: I forget how long I’ve been working in the music industry, that SXSW taught me to give myself more credit. One of the nights, I was interviewing Dom Kennedy, Nipsey Hussle, Dizzy Wright, Jarren Benton, Chris Webby and more about the benefits of being independent, as well as the challenges. I only met Nipsey late last year when I did a HotNewHipHop interview, so I approached him in a way that he probably wouldn’t remember me from so long ago. When the interview was over, he goes, “how have you been lil mama? I see you everywhere, keep doing your thing.”

Along with Nipsey, there were a few artists who said something along those lines and it boosted my confidence. I am now going to approach people I’ve already interviewed and assume they remember me, no matter how long ago it was.

[SEE ALSO: Where I Always Run Into Kanye]