My 8 Embarrassing Moments at SoHo House 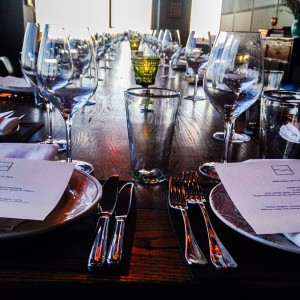 Last week, I attended a Def Jam Records dinner at SoHo House with August Alsina as well as other media to listen to his debut album, Testimony. If you don’t know what SoHo House is, you’re not alone. I had no idea what it was, just knew it sounded fancy – and later learned it’s a clubhouse that a lot of celebrities go to and you have to pay thousands a month to have a membership. Anyway, for those who don’t know me, I don’t like fancy – in fact, fancy makes me uncomfortable and I also don’t like going out to events unless it’s something work-related or exclusive such as this dinner. On top of not liking to go out, when I do go out, I hate going by myself. I could count how many times I’ve gone to an event by myself on one hand – this being one of them.

Now with a mixture of never attending SoHo House, being uncomfortable with fancy and going by myself – I had so many things going against me, so needless to say, I had quite a few embarrassing moments:

1. Got lost, of course.
Siri’s my girl, but she directed me to the wrong spot. I saw a spot, and it looked like valet would cost $100.00, which I was clearly not having – and I ended up u-turning on that street a good 3 times. Wish I was exaggerating, but the reason I did it so much was because one, I was lost, and two, I was trying to find street parking and look at the other garages around there just to avoid valet lol. The messed up part was I actually left 45 minutes before I had to be there and it was only 10 minutes away from my place. Once I saw 6:51 hit on my phone, I thought “crap, I need to just valet.” So… when I pulled up to valet, they said, “this isn’t SoHo House” smh and I was then directed to go around the corner and park in the visitor’s parking garage, which had their own valet (so much for avoiding valet).

2. Asking for obvious directions.
As if making 3 u-turns and pulling up the wrong valet wasn’t enough – as soon as I checked in, the concierge told me to go to to the elevator and I’ll be directed to SoHo House. Me not being there before, I start walking halfway to the elevator, turned around and asked which floor I’m supposed to go to. She says “go to club level.” I hop onto the elevator and see there are only two buttons in there: club and parking. Way to really show I have never been there. 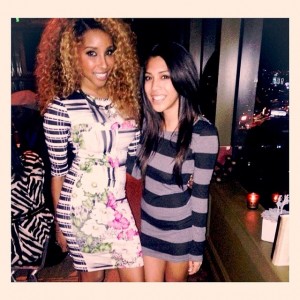 3. Bathroom awkwardness.
Anytime I leave my apartment, or know I have to sit for a long period of time, I have to go to the bathroom. I guess technically not “have to” because half the time I end up just sitting there and nothing comes out lol I just don’t like being stuck somewhere and not being able to pee. I’m sure it’s safe to say that you all agree one of the worst feelings is having to pee and not being able to (a road trip, middle seat of the airplane because you don’t want to step over someone, waiting in a long line in the bathroom, etc). So, the first time I went to the bathroom, there was a guy cleaning it and he didn’t realize I opened the door. I kept opening and closing it so he would hear me, but he didn’t, so finally I just said forget it and waited outside, knowing I’m probably about to be late for this dinner.

The second time I went to the bathroom after drinking a glass of wine and water, I went in and there was a guy painting one of the walls. Totally missed the “out-of-order” sign on the door because it was above my head and I’m too short.

4. I’m 23-years-old, and don’t know how to order drinks.
As soon as I arrived, I was welcomed by Courtney of Def Jam, who I had not seen in awhile. I was one of the first ones there, and the server asked if he could offer me a drink. Courtney, and the woman sitting next to her were enjoying a glass of wine, but I never know what to reply when people ask what kind of wine so I asked for water. He asked if I wanted sparkling or still, I said sparkling not thinking I never drink sparkling lol, because I’m awkward. After, I said, “wait, can I have what they’re having.” LOL. Terrible.

5. Getting stuck in my seat.
The way the dinner was setup was a long table with the chairs along them. I was one of the first to get there, but of course I chose a seat in the middle instead of thinking logically and choosing the first one on the end. When I wanted to get up to go to the bathroom again (I have the bladder of a 2-year-old), I got stuck because the chair was heavy and I couldn’t slide it back. I’m sure no one noticed because it was mid-dinner, then again there were only 20 of us in the entire room and they were eating – so they probably did. The guy next to me had to help me out. Multiple times. 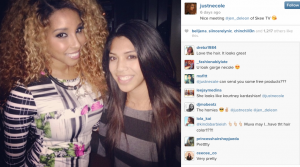 6. Wanting more food.
So…. when I left for the bathroom apparently is when the chicken was served. I came back and there was only one piece left on my side of the table, and like 80 pieces on the other. That chicken though? Some of the most amazing chicken I’ve ever had in my life. I kept telling Joe (the guy next to me) I wanted more chicken but didn’t think the other people had ate yet. I brought it up a good three times lol, and finally after many attempts to tell me to just ask them to pass it over, he goes “I’m getting you chicken, you’ve been eyeing it for 20 minutes,” gets up and grabs the entire plate. LOL. Once he gave me my piece though, the whole other side of my table was saying “thank you” to him because they wanted more too. Glad I wasn’t the only one.

7. Trying to make an introduction mid-conversation.
Necole Bitchie was the host of the dinner, and we had never formally met. As soon as I finished eating, I went up to introduce myself. Except, before I went there she wasn’t talking to anyone, and then I found her talking to another girl. I didn’t want to interrupt, but also didn’t expect it to take so long lol. The photographer of the event saw me standing by the window and he goes, “are you waiting to talk to someone?” Again, embarrassing. I told him the truth and said “I’m not going to be rude and interrupt lol so I’ll just pretend to look out this window and enjoy this view, then you have to talk to me so I don’t look stupid. I’d go back to my seat, but then what was the point of me getting up? That’s embarrassing.” Lol, eventually we got to talking, exchanged info, took some photos and I look forward to what we collab on in the future. On a side note – when we took the pictures on my phone, we reviewed and saw it was so close to my face. I looked gross lol and asked he take another. She instagrammed the gross one (I hate close-ups) and I posted the other. One of my preferences for pictures: full body. I don’t touch up my face or hair after the morning so that shit wears off and I look terrible.

8. Patron is not my friend. 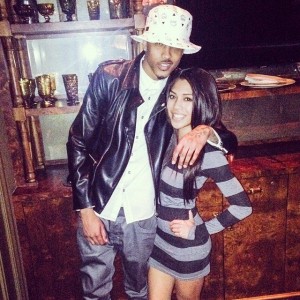 It was coming down to the end of the night, and the servers brought out a round of patron shots. Umm… I had a terrible experience with Patron and I am okay if I never drink it for the rest of my life. Anyway, everyone was all for taking the shot and cheersing (is that a word?) and celebrating August’s album, and here’s me in panic thinking I don’t want to take this at all. Didn’t want to be the only one who didn’t cheers or toast or whatever so I pretended. I literally let it touch my lips – put it down when everyone grabbed their lime and hid it in front of the gross sparkling water so no one would see it lol.

I’m an embarrassing person to be around – but overall, this event was so fun and I am happy and surprised I stepped out of my comfort zone and went. I also hope that if you have not been to SoHo House, that you remember this post and my notes to save you from embarrassment.

Shoutout to Def Jam Records for having me, the incredible people I had dinner with, and of course, congratulations to August on an amazing album. This was my first time meeting him and he’s definitely a sweetheart – He introduced himself to every single person in the room, and his toast included the words, “thank you so much for taking the time to come to this dinner and listen to the album, I know you’re all busy and don’t just make time for any mother fuckers on the planet.” LOL. Get Testimony April 15th!