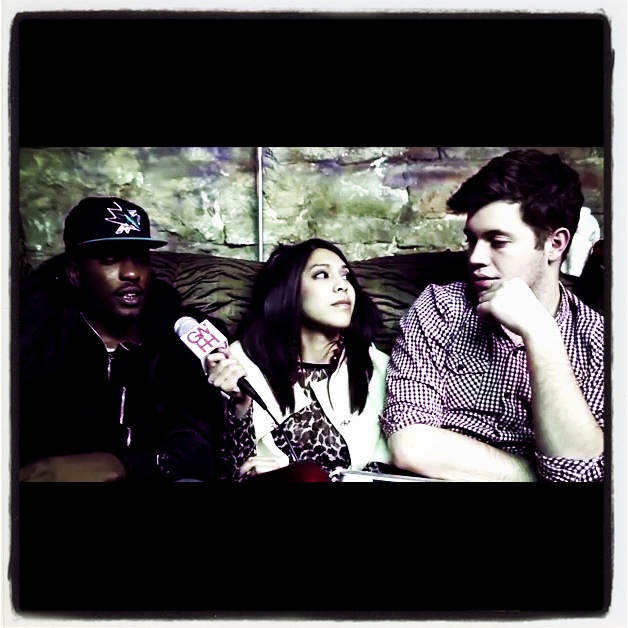 Anyway, we had our official second and might I say, interesting interview with Xaphoon Jones and Chiddy where we talked music among other things including their debut album, Breakfast and what featured artists we can expect to hear, their most memorable time in the studio, which was getting high with an artist that you would never think they would be able to do that with, their upcoming mixtape, Grab A Plate,  and we even got a sneak preview! We closed off the discussion of Grab A Plate, and talked about why they always have food analogies. The reasoning behind it is deep and inspiring.

After talks about music – we went in-depth about a little bet they have going on with their manager and Xaphoon’s “British Accent,” as well as how they feel about being selected as artist of the month on ESPN – in which their song “Fourth Quarter” was used as the replay for Blake Griffin’s monster dunk on Kendrick Perkins.

Special thanks to Reggie’s, Ruben, Chiddy Bang and their management for allowing us to take part in this event – as well as Toni Brooks for the attire you seen in this interview.