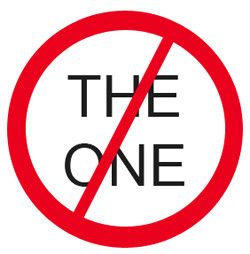 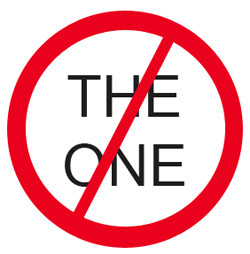 One of the biggest decisions we make in life is choosing who to spend it with. As much as we know what we want, we should also know what we don’t want.

This is how you’ll know he’s not the one:

1. He only reaches out to you when he’s bored.

2. He doesn’t accept your quirkiness and tries to change you. You shouldn’t have to change who you are for someone to accept you. Flaws and all, baby!

4. You can’t hold a conversation with him outside the bedroom.

5. You find yourself chasing him: texting, calling, poking him on FB, liking his IG posts, etc. You shouldn’t have to fight for someone’s attention.

6. He’s a jerk when his friends are around.

8. He doesn’t respect his mom. This is usually an indication that he won’t respect you.

9. You wouldn’t be proud to call him your husband.

12. When you feel like you have to “save him”. Save yourself the time and move on.

13. His cell phone gets more attention than you do.

14. When you find yourself making excuses for his behavior.

16. He resents you for being too ambitious.

17. You’re not attracted to him; physically or mentally.

20. He blames you for every argument.

23. He doesn’t show affection. I’m not saying he needs to dry-hump you, but a little hand holding wouldn’t kill him.

25. He lies – especially if he lies about insignificant things.