Machine Gun Kelly Interview: What Triggers His Heart, Meaning Behind Tattoos and more! 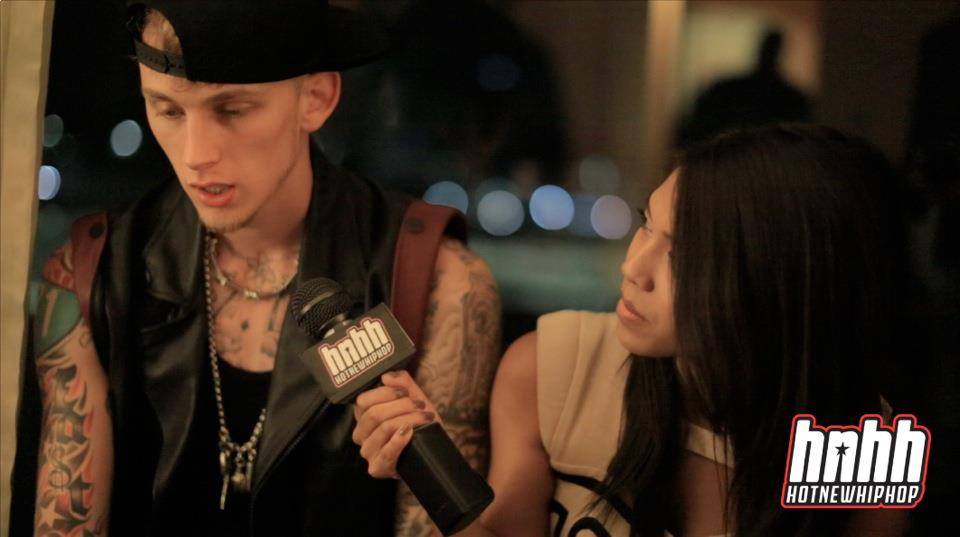 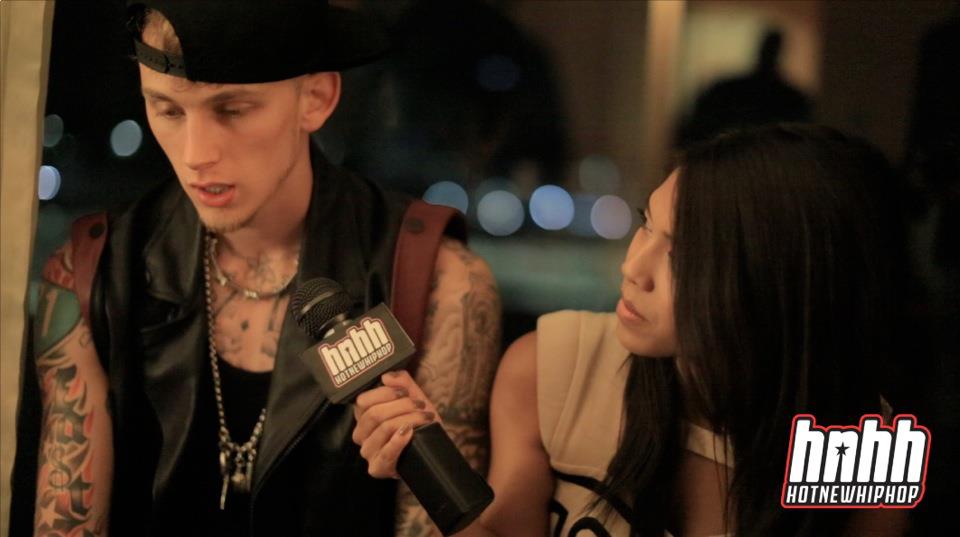 I headed to Atlanta for the BET Hip Hop Awards for the first time – and despite the many events, the one memory and experience that left a tremendous impact on my life was my interview with Machine Gun Kelly (MGK).

Following the awards, his publicist called me and said to meet at the hotel, which is where we would be doing the interview. As I was waiting in the lobby, I saw MGK and a group of people behind him. I had never met his publicist before so I wasn’t sure if he was in the lobby for the interview, until he walked passed me and outside the door. I ran out there to find him, but he and the rest of the group were nowhere to be found, leading me to believe the interview was off.

About 10 minutes later, his publicist met me in the lobby and said MGK was on his way – he was just having a dinner next door with Diddy and the rest of the Bad Boy crew.

I thought I would have to wait forever, but here came MGK shortly after and we went straight to the hotel room to conduct the interview. Before we turned on the camera’s MGK asked to try my best to make it a quick interview because he left in the middle of dinner and needed to get back.  Although my mind started racing because I had a line of questions ready, and didn’t know which ones to eliminate on the spot, – I said, “No problem, you didn’t have to leave dinner I would’ve been more than happy to wait and feel bad that I interrupted.”

MGK then sat down right next to me and said, “I’m not going to make you wait while I eat. That’d be fucked up.”

In the years I have been interviewing in this industry, I have never had anyone go that much out of their way to accommodate me and sacrifice their time, and I knew in my heart it was about to be a great interview, and it was.

We all know MGK is seen as that Wild Boy, but I wanted to bring a side out of him that people have never seen – so I took the approach to make this interview very deep.

When he responded with, “wow that’s a really good question,” following a change of expression in his face to the first one I asked – I knew it no longer had to be a quick interview.

Have you ever wondered what triggers MGK’s heart and brings him to tears? Well, now is your time to find out in this exclusive HotNewHipHop interview.

Meeting and speaking with MGK gave me a different outlook, reminding me that we cannot judge a book by its cover. I knew there was something in him beyond the partying, and once he proved that was true, my respect level for him skyrocketed.

If you were already a fan of MGK, prepare to love him even more. And if you’re not, prepare to be. This is a man of not only talent, but also an amazing heart.