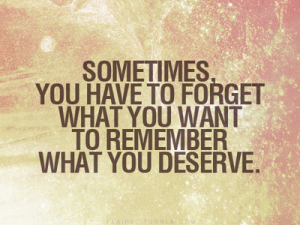 Last night I was having a conversation with my friend, Carl Yu. Due to our schedules, we haven’t been able to have a good talk in months. We talked a lot about life and relationships and both came up with so many ideas to blog about lol. I was going to write about something else, but for some reason I came up with this instead — Logically > Emotionally.

I don’t know how many times I have heard something along the lines of, “follow your heart.” It is very cheesy, and sometimes it is true – but I think it has gotten to the point where people choose to live by that. I used to live by that, until Carl opened up my eyes and made me realize that sometimes there will be situations where you need to lead with your head. I wanted to be able to explain it in a way where everyone could relate, relationships.

I have had many talks with people about relationships, as well as my own experiences, and realized every person was doing what they felt their heart desired. If you always rely your choices and decisions on your heart – in other words, your emotions, you are going to screw yourself over. Emotions are a big thing to carry on your shoulders, and one little thing could mess up everything.

Now it is time to focus on the situations I have been told, and explain why it is important to look at things more logically as opposed to emotionally.

Person 1: He was talking to a girl who was talking to every boy. She supposedly never wanted a relationship, and talking to six different boys and having sleepovers with them wasn’t wrong to her – and sadly, not to him either. He liked her so much because there was something different about her, which emotionally drained him (and he is not someone I ever see like this). Logically, he needed to realize this girl was bad news and he would end up getting hurt. Unfortunately, he did get hurt and now they don’t talk.

Person 3: He was in a long on-and-off relationship; however, there was no trust. This couple chose to always go back to each other because of the emotions they felt towards each other, but logically, they should be giving each other space because going in a circle isn’t doing anything. Feelings were never a factor in their relationship, which is why they failed to see things logically. You obviously wanted things to work if you kept going back to each other, but sometimes you need to break the pattern for a chance to make things better.

Person 4: She keeps venting to me about how much she wants to hang out with her ex because she enjoys his presence. She says that the feelings she gets when he’s around makes her happy, but this guy never asks her to hang out, and when she asks he doesn’t want to, or gets some pity answer. As happy as he makes you, do you realize that he is putting zero effort, and continually won’t because you have already allowed him to do that to you many times? Go spend time with your family and friends, and find happiness in that – because clearly you are not a priority to him and he doesn’t deserve to be treated so nicely by you.

Person 5: She just got out of a relationship, and knows that they do not work. Everytime I talk to her she says, “I can’t do it,” “I love him,” and “I don’t want him to be with anyone else.” She still tries to talk to him, but logically, she needs to accept it and let it go. You guys aren’t together for a reason, change is needed. You don’t know what the future holds, if two people are meant to be together, they will find their way – so let life take its course and try to be happy.

When I was explaining this to one of my friends, she said, “well maybe we are meant to follow our hearts to learn these lessons.” I completely agree with that, but at the same time, there are people who know what the right thing is to do, but don’t want to do it because they are afraid. If you already knew what you should have done, you pretty much set yourself up to get hurt or get stuck in the same pattern. Yes, every experience is a lesson and we should apply that in our lives, but at the same time, how many times do you need to learn the same lesson? It’s going to suck, and it will be very difficult, but it’s something we all have to overcome. Of course it’s completely understandable if it is something you have never experienced before, but if it’s the same routine, you’re doing nothing but making yourself miserable.

I am not saying the people I used in the situations I provided are stupid in any way. No one is perfect, and I am sure we are all, including myself, are guilty of going about things leading with our emotions. We can’t take back the choices we have already made, we can only learn and apply it to the present and future. Bottom line, there are times where you should follow your heart, and times you need to face the facts, snap out of denial, and use your head.