I Had To Let Go, But I Didn’t Want To 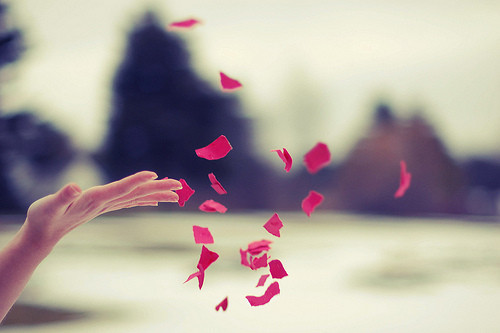 I can’t believe I’m actually writing about this.

Write about a time you had to let go of something you loved or wanted.

That’s the page I opened in my “300 Writing Prompts” book when I felt the need to write before bed. Of course, it would be a personal one.

I got this book from Anthony, who booked a one-on-one session with me. When I got it, I immediately thought – well, I have no excuse to not write ever again. Maybe I’ll do one every week. ANYWAY.

Love and relationships is such a complicated thing.

You think you know what it means when you get your first boyfriend/girlfriend in middle school. The “will you be my girlfriend?” circle yes or no times lol.

You think you know what it means when you you’re an “adult” and you have your college boyfriend/girlfriend.

You think you know what it means when you’re with someone after college because you really, like really really, are an adult now.

Then you get older, thinking you should be engaged/married because that’s all you see on Facebook. Then you realize that what you thought was love and a healthy relationship, wasn’t actually that at all.

Do you want to know what I had to let go of that I loved? All the wrong people that I thought were the right ones.

Before I get into this, here’s one thing you probably didn’t know about me: I keep my love life private and not one fucking soul has met my Dad lol. So believe me, this is stepping way out of my comfort zone.

In college, I kept my love life private because I was just starting my career. I’ve never brought anyone to a family party because of how important they are to me. So important that if someone in my family doesn’t like you, there’s no way we would work (it does hurt that I haven’t though, can’t lie). No one has ever met my Dad because I’ve always only wanted him to meet one man, and that man would be my husband.

A few years into my career, I found myself saying that was the same reasoning, realizing it actually was just an excuse and a cover up because my relationships weren’t exactly what you would define as healthy and I wasn’t proud of my decisions/mistakes. Now, here I stand saying, fuck it. I’m about to be 27 (in June), at this point in life, everyone’s been through their share of shit.

I get soooooo many comments asking if I have a boyfriend, am I single and assuming so because “she’s too busy with her career.”  I’ve never posted anyone, never talked about anyone and I won’t until it’s 50000938429034809238% solid. For real, the first time you see who I’m dating will probably be my wedding photo.

I want to be married with a family, except I wanted it so bad that I was blinded. I remained in relationships or was “talking” to someone because I thought they were the best for me and they’d change. I had hope that it would go somewhere, because how could it not? I compromised and settled for shit I didn’t deserve because of that unconditional love. Giving up wasn’t an option because of how much time, energy and effort that was already put into it. I didn’t listen to my gut when I knew I needed out because I just wanted it so bad.

The thing about our wants is we say we want certain things, but are too afraid to let go of the things you know you need to let go of in order to get them. That applies to not just love and relationships, but everything in life.

To the girl (or guy) who is afraid to let go of the relationship she knows she shouldn’t be in because she’s afraid she won’t find anyone better, you will. You’re going to find someone better than the last person you trusted with your heart, and even though that better person may hurt you too, you’re going to find someone better than them too. It hurts, you’ll cry, but with time you’ll understand why it didn’t work with the ones you thought were the ones.