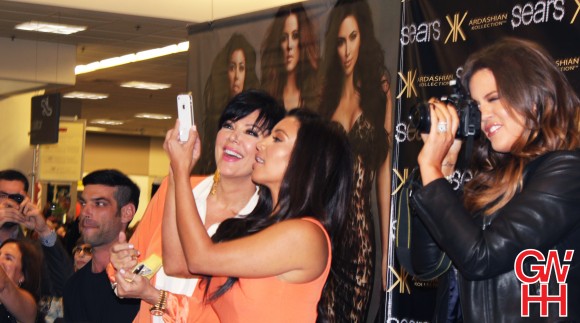 It’s not often that high profile celebrities make their way to the suburbs of Chicago, but this weekend, Schaumburg got themselves a visit from Kim and Khloe Kardashian, who were alongside their ‘momager’ Kris Jenner.

The reality TV stars made an appearance to spend time with their fans, and promote The Kardashian Kollection, their new line, which can be found exclusively at Sears.

Hundreds, maybe even thousands, were lined up not only inside the department store – but also outside the forty-degree weather.

I spoke with some fans who told me they waited since 2 A.M. the night before in the freezing cold – but it “wasn’t so bad” because they were allowed inside for bathroom breaks. Talk about dedication – especially because some of those all-nighters didn’t even get let in to the store.

The first 200 people who have purchased something from The Kardashian Kollection were guaranteed to meet their favorite stars, while others felt that just standing within a 500-foot radius was enough.

As I stood in the media pit, I felt I saw a whole different side from what I see on television. Let’s face it, when it comes to The Kardashian’s, you either love them, or hate them – and despite all the rumors and media I see on them everyday, I can honestly say, they are genuinely nice people.

From taking time to talk to their fans, to Kim breaking down into what looked like tears of joy [not sure why it was, but I am assuming it is something one of the fans said], all the way to calling Kourtney [their older sister] who was scheduled to appear, but could not due to limitations from her pregnancy, so she could say hello to the Kardashian through the speakers.

After the event was over and I did a little shopping, I felt as if everywhere I went, there was someone holding the autographed pictures they were giving away. I even saw a group of six teenage boys admiring their memorabilia together.

Oh, and this has nothing to do with what happened at the event – but Khloe Kardashian’s ring is a LOT bigger than person. Oh my goodness.

Thank you to Fingerprint Communications for allowing us to be a part of the event! 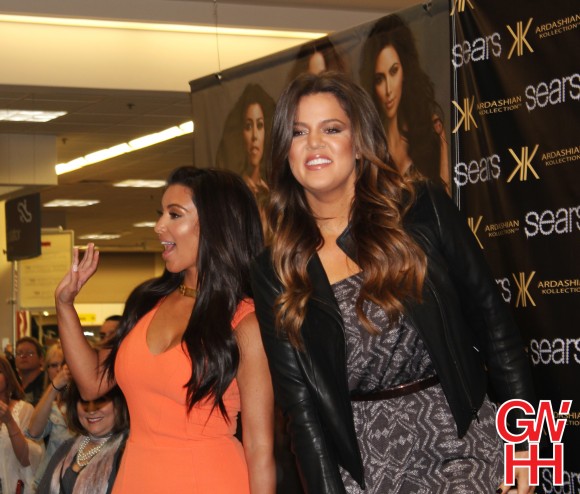 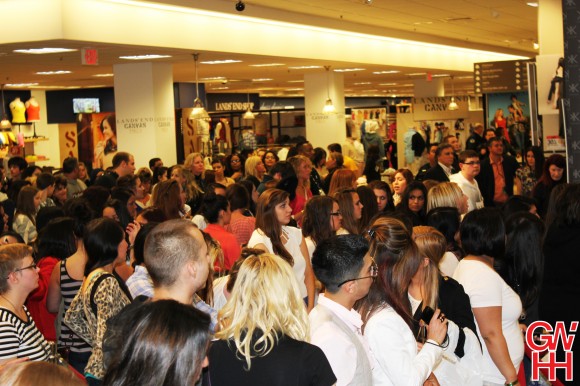