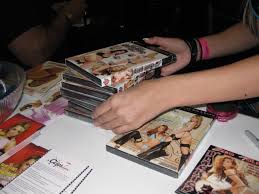 After 4 months of living there, I wanted to get out because I was driving to Hollywood too much for work and traffic is a bitch, it wasn’t the safest area and I wanted a one-bedroom (my first apartment was a studio). Anyway, one of my flaws is I rush everything. If I want something, I want it now. That being said, I fell in love with the apartment I live in now as soon as I saw it, so someone needed to sub-lease ASAP.

So…. to keep a long story short, found this girl on Craigslist who was moving from Phoenix. Fast forward, she never wanted to tell me what she did, but eventually told me she was a stripper. I didn’t find out until later that there was far more to that.

Fast forward, one day she stopped answering, which was weird because she wasn’t the type to not reply. She always paid rent early, I never had issues with her – we would even have lunch once in awhile. So, I was worried and ended up going to the apartment to find the lights on, a chair on the floor, her papers scattered on the desk and ALL her stuff there. I thought this bitch got kidnapped, so I was blowing up her phone, but no answer. When I finally threatened to call the cops, I got a text back saying she’s okay – but you’ve seen those abduction movies. The guy who abducted her probably just text me, so I said she had to call and tell me she’s okay or I really was going to the cops. Once that happened, throughout the week, her phone was off, and then it would be on, then off again… the whole thing was super sketchy.

The end of the story is she left a voicemail saying she was fine and back in Phoenix, couldn’t tell me what happened and that she wasn’t coming back. I got stuck paying two rents that month and found new tenants. Apparently I can add “landlord” to my resume but I am NEVER subleasing or going into real-estate. Ever.

As fucked up and stressful as it was – I did benefit in one way. I took her steamer. I’ve never owned a steamer lol. She had an expensive one. That shit it awesome. Oh, and I donated/threw away the rest of her things.