Ask Jen: “I don’t have a following, what advice do you have on reaching the people?” 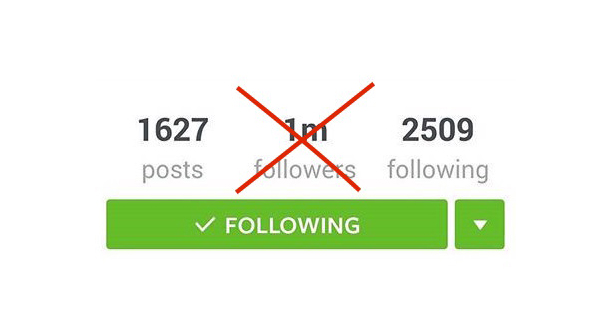 Hi Jen! I’m a sophomore in college, and I aspire to be in the entertainment industry. I want to start a blog/vlog, but I don’t have a following and I’ve moved cities multiple times, and I really don’t have strong relationships. I’d appreciate any advice on reaching the people. Thank you!

You DON’T need a following to reach people.

I wasn’t born into a famous family with connections – I was born and raised in a small suburb of Northern Chicago that even people from Chicago have never heard of.  If I had the fear of not doing numbers or not knowing the right people keep me from going after my dreams, I wouldn’t be where I am today (and I still have a lot more to go).

When I first started my blog, I would get excited when I only had 33 views for the day – even though I knew the 33 views were from my family or friends. I didn’t know where it would go, I just knew I wanted to blog/vlog because I enjoyed it… and I wanted to inspire people, even if it was just one.

That’s what we underestimate. That one view. That one click. That one follow. That one like. When the reality is, you never know who that one is.

You say you don’t have a following, well, I didn’t either. But who does really if you aren’t already famous or connected to someone famous? Yes, I may have a bigger following than I did when I first started, but that was 6 years ago! It took me 6 years to get to 21,000 (my largest following), which isn’t even that much in comparison to where I know I could be considering I have been blessed enough to shake hands and work with some of the most famous people in the world.

On top of not having a bigger following, I am not doing the numbers that I would like to do, but that doesn’t outweigh the numbers that I do get. I have one YouTube video right now that has 46,000 views, and the upload right before only has 355 views – it doesn’t matter though, because I’m grateful that it is at least getting viewed, and eventually that 355 viewed video will reach 46,000 over time if I stay consistent.

Do you know how frustrating it is to see someone taking tea selfies have a million followers, and I have been stuck at 6,000 on Twitter for over a year? Yes, it is frustrating because of course I want to reach more people, but you cannot get lost in the numbers – You have to focus on the work, and eventually, the numbers will come.

Slow growth is more meaningful, more exciting. I would never trade the slow growth and hard work for overnight success because overnight success dies – You can’t not do something because you’re not going to get hundreds or thousands of views when you first start, or that the only people who would be reading or viewing your content are your family and friends, because eventually, more and more people are going to come across your work. We live in a generation that is glued to their phone and social media, it’s so easy to get people to come across your work these days, and you have to take advantage of it!

Before I go, ask yourself this: How do you expect to build a following and strong relationships if you don’t take the first step? Everyone starts from the bottom, but you don’t have to stay there if you don’t want to. But…. at the end of the day….

Have a question you’d like to ask me? Email them to info@jendeleon.com or ask anonymously here.